Cop enrols children in school, clothes them after mom arrested for neglect 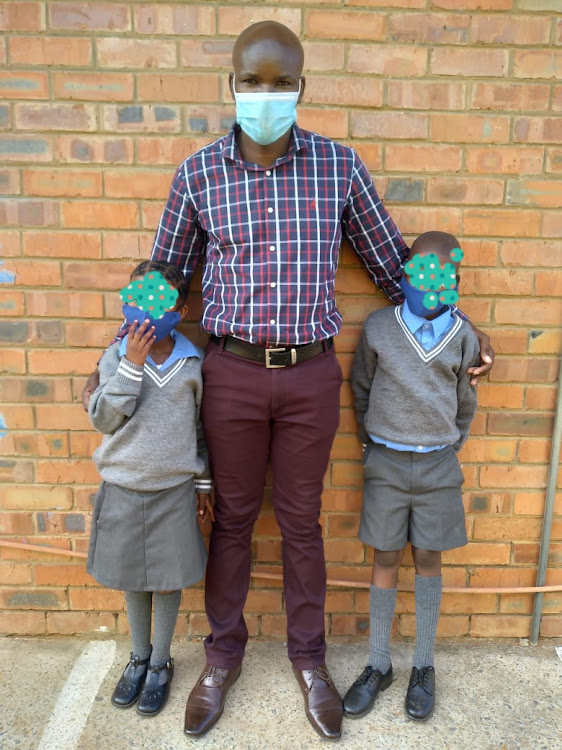 Det-Sgt Andrew Ntlhati has been offering care and support to three siblings in a child neglect case in Jan Kempdorp, securing admission for the eight-year-old girl and 11 year-old boy at a local primary school.
Image: SAPS

Northern Cape police have commended an officer for his humanity towards three children allegedly found malnourished and physically abused.

It was discovered the children had not attended school for two years.

The mother was arrested for child neglect and the children were removed from her care, said police spokesperson Capt Sergio Kock.

“Detective sergeant Ntlhati and his wife went the extra mile to secure admission for the eight-year-old girl and 11-year-old boy at a local primary school.

“They also bought complete sets of school uniforms for the brother and sister and the two-year-old girl was also clothed by the couple.”

A local business supplied groceries for the children, who are living with a care giver.

“The provincial head of the family violence, child protection and sexual offences unit, Brig Nicky Mills, expressed his gratitude to officer Ntlhati and his wife for this noble gesture. It is great to see policemen and women are still willing to go beyond their call of duty for victims of these heinous crimes,” said Mills.

The mother was released on warning at a court previous appearance.

The child neglect case is scheduled for April 7 in the Jan Kempdorp magistrate’s court.

Mother who 'concealed abuse of children' by boyfriend, 91, is granted bail

A concerned citizen found the three children in a terrible state without parental care.
News
2 weeks ago

The pensioner also faces charges of assaulting a five-year-old boy.
News
3 weeks ago

Emfuleni tsotsis have killed my community