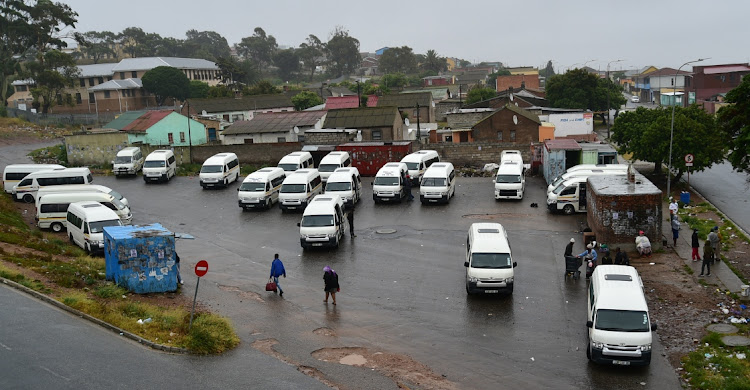 Commissioner Tembinkosi Bonakele released the final recommendations of the 2020 Public Transport Market Inquiry report in which he came down hard on the government and transport authorities for sidelining minibus taxi operators and small bus companies and ignoring rural areas that do not have railway networks.
Image: Eugene Coetzee

The Competition Commission has warned the government to jack up its act so that taxi operators and smaller interprovincial bus companies can benefit from the privileges provided to Gautrain and Autopax.

On Wednesday morning, commissioner Tembinkosi Bonakele released the final recommendations of the 2020 Public Transport Market Inquiry report in which he came down hard on the government and transport authorities for sidelining minibus taxi operators and small bus companies and ignoring rural areas that do not have railway networks.

Bonakele said taxi operators were getting a raw deal from the government despite that mode of transport being used by 66.5% of households in the country. He said the government needed a clear and long-term plan to look into the subsidisation of taxis, an industry worth between R60bn and R90bn that employs more than 500,000 people. Gautrain and Metrorail, which serve only 9.9% of SA’s commuters, enjoy a bigger share of government support and subsidies.

“The top concern from the taxi industry is that subsidies skew competition in favour of the subsidised services as well as route allocation challenges which fuels violence. Approval of [taxi] operating licences on routes is primarily the responsibility of the provincial regulatory entities with the directives from municipalities [planning authorities].

The provincial government is considering taking over the running of trains and placing that responsibility to its newly formed entity, the Gauteng ...
News
1 year ago

"There are significant backlogs in applications and the general time period for the issuing of operating licences is approximately nine to 18 months in some provinces, as opposed to the 60 days stipulated in the National Land Transport Act,” said Bonakele.

He said submissions submitted by the taxi industry during the 2017 hearings indicated that there was no framework to guide planning authorities in the allocation of new routes arising from the development of new residential areas or shopping malls.

The commission noted that the government was in the process of developing the subsidy policy, however it stressed that this process should be speeded up and it should include taxi operators.

“It should address fragmented subsidies in the public transport sector to improve coordination and correct the skewed distribution of subsidies between urban and rural areas. There should be equitable allocation of subsidies to the taxi industry and rural bus operators,” said Bonakele.

The commission also highlighted that it was not fair that Autopax, which is a subsidiary of Passenger Rail Agency of South Africa (Prasa), bully smaller interprovincial bus operators because of the perks and bailout it gets from Prasa. Autopax owns Translux and City-To-City coaches.

Autopax has been accused of using its financial muscle to dominate smaller players by being allocated special ticketing offices at Prasa-owned bus terminals around the country.

Prasa's acting general manager for corporate affairs, Bane Ndlovu, said he needed to study the report first before he could comment.