'Our poor are hungrier than they have ever been': SA's food insecurity crisis 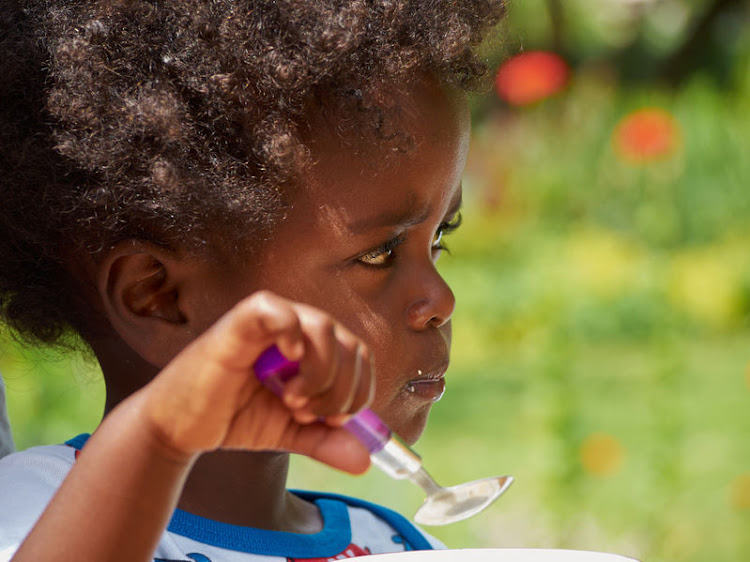 The pandemic has worsened the food crisis in SA, putting even more pressure on NGOs. File photo.
Image: Ron Zmiri/123rf.com

Soweto teenager Lesego has lost count of the number of nights he's gone to bed hungry. The 13-year-old skips meals because there is not enough food for him and his 23 family members, who share a two room house.

He is one of thousands of SA children who are fighting hunger on a daily basis — a food insecurity crisis exacerbated by the Covid-19 pandemic.

For many children school has become the only place where they are able to relieve their desperate hunger, resulting in childhood depression, bullying and violence.

“Covid-19 has our family in so much trouble, because we do not have food to eat. It is even worse now that my aunt lost her work at the local clinic. We sometimes go to bed on an empty stomach.” said Lesego.

Bertha Magoge of ACFS, an education and feeding scheme that has over 13,000 children in its programmes across greater Johannesburg, says they are inundated with requests for food by both children and adults.

“The hunger levels are still a huge concern for many communities.”

“Mental illness has generally increased in society especially due to the pandemic hardships that includes hunger ... We hear reports daily of children fighting and at times stabbing each other over very petty issues.

“Many of these children are depressed. They show no interest in participating in normal childhood activities. Some of that is just because they don’t have enough nutritious food at home and at school.”

Sue Wildish, MD of The Lunchbox Fund, which provides relief meals at schools throughout SA, said: “Frankly, it’s tough. Our poor are hungrier than they have ever been. We have encouraged our schools to accept all children that show up for a meal ...

“We know that the food is acting as an incentive for parents to send their kids [to school]. For 80% of the kids it is the only guaranteed meal of the day.”

Traditional leaders accuse parliament of pussy-footing on the land question, saying land must be returned to rightful owners or 'we will have no ...
News
1 year ago

Nyika Machenjedze of Save the Children said food aid remained a big need for families.

“Some schools have not resumed feeding schemes; some schools rotate attendance. The food relief assistance has not been able to reach all the vulnerable households, as a result a number of children continue to suffer food shortage and food insecurities.

“We can expect that as a result of prolonged malnutrition of children we will see an increase of children suffering stunting,” said Machenjedze.

In a paper recently published in the SA Journal of Education, researchers Prof Deevia Bhana and Emmanuel Mayeza found as part of their study into boys and bullying in primary schools that food insecurity remained a fundamental problem for children in extreme poverty.

Bhana told TimesLIVE: “Body, age, size and gender play an important role in getting ‘scarce’ resources. The body is put to work to obtain scare resources and this ‘work’ means bullying, fighting for food. In schools, this will mean that bigger-sized boys can command respect and authority, use their body to obtain resources through bullying and their bodies are also used to threaten violence.

“Gaining food through bullying and violence is not solely the work of boys. In the context of extreme poverty, body, size, voice, violence are also used by girls such that girls also become bullies.”

Julie Smith, a researcher at the Pietermaritzburg Economic Justice & Dignity Group, said: “For months research institutions have been tracking the impact of the pandemic and deteriorating economy on child hunger and nutrition. The evidence is stark that children are suffering from hunger and undernutrition.

“Previously we have argued that underspending on children has long-term consequences for our education, health, social and economic outcomes.

“For some reason government does not want to understand this; it cannot see that underspending on children’s care and nutrition means that investment in education cannot be fully absorbed — hungry children struggle to learn; that the cost of public health care will explode because malnourished children cannot resist illnesses normally.”