'Seven days in the bush without eating': Mom among thousands helped after Mozambique attack

Image: SUPPLIED / ESTACIO VALOI The town of Palma in northern Mozambique has come under attack by Islamic State-linked insurgents

Thousands of people fleeing an attack claimed by Islamic State-linked insurgents in northern Mozambique have made their way to safety, many of them dehydrated, hungry and suffering shock, aid workers said on Wednesday, while hundreds remain missing.

Insurgents hit the coastal town of Palma, adjacent to gas projects worth $60bn, last week. The attack probably displaced tens of thousands of people, according to aid groups, with people scattering into dense forest or attempting to escape by sea.

Fighting continued as recently as Tuesday, said security sources involved in rescue efforts and the UN.

A report by Portuguese TV channel RTP showed journalists on a government-organised trip to the far northern town of Palma having to hunker down and hide behind walls as shots were fired.

“It was an adventure that proves that the war is still ongoing in Palma,” a correspondent on the trip said in Tuesday's report.

Reuters has not been able to independently verify the accounts from Palma. Most communications to the town were cut after the attack began last Wednesday. Phone calls to Mozambique's government and security officials went unanswered on Wednesday. 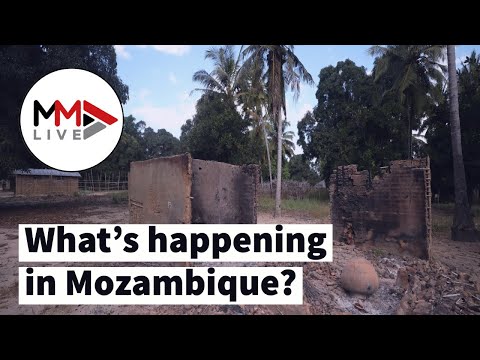 Speaking at an event on Wednesday, President Filipe Nyusi said the government would approach the attackers with “forcefulness,” describing the assault as not the biggest the southeastern African country had seen.

Cabo Delgado province, where Palma is located, has been home since 2017 to a simmering Islamist insurgency now linked to Islamic state. The jihadist group claimed the attack on Monday via its Amaq news agency.

Mozambique's government has confirmed dozens of deaths, including at least seven killed when militants ambushed a convoy of vehicles trying to escape a besieged hotel.

Witnesses have described bodies in the streets, some of them beheaded.

However, the full scale of the casualties and displacement remains unclear.

At least 800 people are still missing after last week's attack, according to a network of Mozambican volunteers helping families locate loved ones caught up in the violence.

A UN spokesperson in Nairobi said 5,300 people who fled Palma had been registered in other districts of Cabo Delgado. More than 300 others had reached the provincial capital Pemba by plane and boat since Tuesday, a senior humanitarian official based in Mozambique said.

The figures were expected to rise in coming days.

Fatima Bachir, a 33-year-old mother of six from Palma, said her family and neighbours ran for their lives. “We were seven days in the bush without eating ... suffering,” she told Reuters TV after reaching Pemba.

International aid group Medecins Sans Frontieres (Doctors Without Borders) said it had attended to a baby with a bullet wound and women who were “in shock, dehydrated and hadn't eaten for hours”, and therefore could not feed their babies.

Another boat carrying more than 1,000 people, including some injured, was expected in Pemba late on Wednesday, three people briefed on the rescue operation said.

In the village of Kilambo, across the border in Tanzania, a boat with 45 fleeing Mozambicans on board docked on Tuesday afternoon, a local community leader told Reuters, adding they had been given food and shelter.

Dunstan Kyobya, district commissioner for Mtwara, where Kilambo is located, denied receiving any Mozambicans fleeing the violence, saying “they are not in my territory”.

Others seeking shelter in Tanzania had failed to go over the border because of a difficult river crossing, UN officials said. Tanzanian government and border officials did not respond to requests for comment.