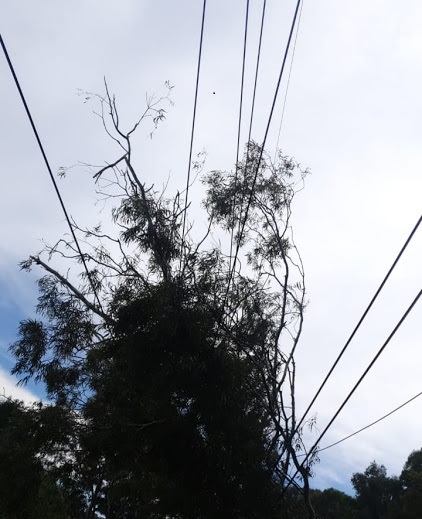 Live broadcasts by some SABC radio stations were interrupted early on Thursday due to a major power outage in parts of Johannesburg.

City Power attributed the outage to the “after-effects” of extensive damage caused to power pylons by a falling tree earlier this week.

“The SA Broadcasting Corporation (SABC) would like to apologise for the interruption to its broadcasts this morning, due to a power failure at its head office in Auckland Park. This is as a result of power supply issues from City Power,” said SABC spokesperson Mmoni Seapolelo.

The public broadcaster apologised for the interruption.

Seapolelo said Afrikaans radio station RSG and SAfm were affected but were back on air.

The SABC just had a power outage and it affected all the radio stations and their signal, including ours 🙌 We are back up though and the #5Breakfast team is with you till 9AM🥳

Thank you for being part of our 5FM family🤩 https://t.co/DmSnuzM6QC

“A City Power team worked overnight and is still on site in Nasrec attending to repairs on an outage affecting Mayfair substation,” said Mangena.

“Preliminary investigation suggests that we are still dealing with the after-effects of the damage caused by the tree that fell on our power lines earlier this week.

“Extensive damage was caused on the pylon structures down the line from where the tree fell, resulting in intermittent outages due to high voltage insulators blowing up,” said Mangena.

So....it would appear that we have a major power outage. As a result @SAfmRadio is off air at the moment. Sorry!!!!

He said technicians would replace high voltage insulators on the affected towers on Thursday morning to prevent further failures.

Suburbs that will remain without power include Auckland Park, Braamfontein, Brixton, Homestead Park, Mayfair, Melville, Parktown, and Richmond and surrounds.

“The team is doing all it can to ensure power is restored to all affected areas. Should all go according to plan, we expect the work to be completed by midday on Thursday, after which power will be restored. We regret the inconvenience caused to our affected customers,” said Mangena.

He said the technicians fixed and restored one of the severed lines on Tuesday, to ensure that residents didn't suffer a power outage for two days, while they worked on rebuilding a damaged tower and repairing another line which they anticipated would take at least two days to fix.