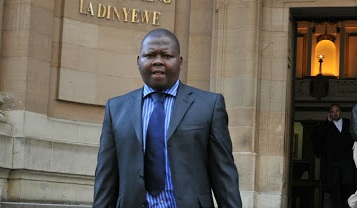 Barnabas Xulu has failed to have a senior judge recuse himself from a R20m legal fees battle with the department of environment, forestry and fisheries. File photo.
Image: VATHISWA RUSELO

Prominent lawyer Barnabas Xulu, who is embroiled in a bitter skirmish with the government over millions of rand in disputed legal fees, has been dealt another blow.

Xulu, who has represented Western Cape judge president John Hlophe on a number of occasions, failed in his bid to compel Western Cape High Court judge Ashley Binns-Ward to recuse himself from the matter on Tuesday.

Xulu and his law firm, B Xulu & Partners Incorporated (BXI), are involved in a protracted legal battle with the department of environment, forestry and fisheries over R20.2m paid to the firm.

The department challenged a service level agreement (SLA) and settlement agreement “purportedly” concluded between itself and Xulu’s law firm in 2017 and 2019.

In January 2020, judge Owen Rogers declared the agreements invalid and ordered BXI to pay back the money. Xulu has since taken the judgment on appeal to the Supreme Court of Appeal.

In October 2020, Eastern Cape judge John Smith, who was specially appointed to the Western Cape bench to deal with the matter, ordered that Xulu’s assets — including a Porsche 911 Carrera GTS, his home in upmarket Ballito, KwaZulu-Natal and his law firm’s bank accounts — be frozen.

According to the department, this was “on the basis of evidence that Mr Xulu was disposing of assets in order to frustrate the ability of the applicants to execute any judgment they might obtain against him in the principal proceedings”.

After a series of unsuccessful applications to overturn the decision in the high court in Cape Town, the matter came before Binns-Ward.

Among the reasons Xulu brought an application for Binns-Ward’s recusal was that the judge was a co-complainant against Xulu in a professional misconduct matter.

Binns-Ward confirmed Smith’s order in November 2020. But as well as applying for Binns-Ward’s recusal, Xulu sought leave to appeal.

In a lengthy judgment on Tuesday, Binns-Ward gave a detailed account of the affair and how Smith was brought in to hear one of the applications against Xulu’s firm.

He said Xulu did not comply with Smith’s order to hand over his car. “On the contrary, the returns lodged by the sheriff suggest that Mr Xulu actively evaded execution of the order when the sheriff attempted to take into possession the Porsche motor vehicle,” he said.

Xulu lodged three high court applications to set aside the Smith ruling. One was struck off the roll for lack of urgency, another was dismissed and the third  was withdrawn.

Barnabas Xulu, the attorney representing Western Cape judge president John Hlophe, has failed in a bid to appeal against a court ruling that his law ...
News
1 year ago
Next Article