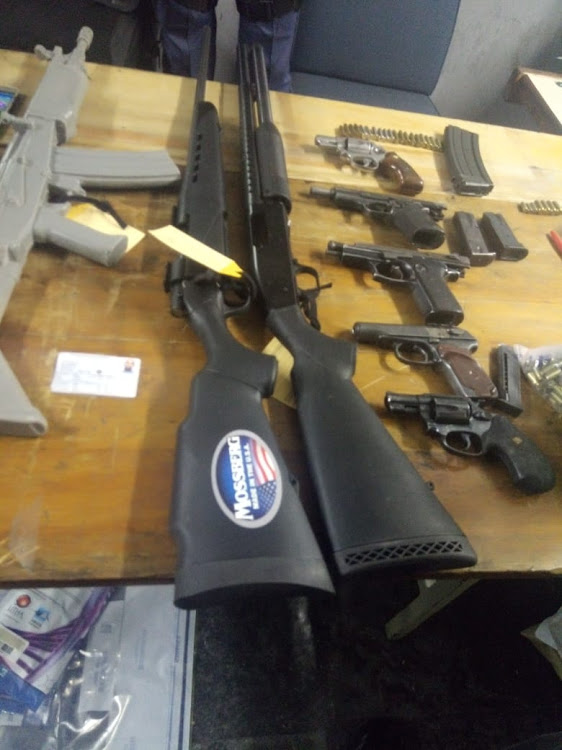 Western Cape police seized 186 firearms and 3,058 rounds of ammunition in one month as they intensify their campaign to rid the province of illegal guns.

In a statement on Sunday, the provincial police said the success is the result of focused operations targeting gang-related and serious and violent crimes in hotspot areas.

“During the period February 22 2021 until March 26 2021 a total of 186 firearms and 3,058 rounds of ammunition have been confiscated from 147 suspects who are now paying the price for criminal behaviour,” Western Cape police spokesperson Col Andrè Traut said.

“It is the endeavour of Western Cape police to seek a safer environment for all communities within the province, as forces fiercely fight the battle to deter the proliferation of firearms in the hands of criminals,” he said.

He said over this period a total of 3,868 suspects were arrested for contact crimes such as murder, attempted murder, assault, and robbery. These crimes, he said, are often associated with the use of firearms.

The statement said acting Western Cape police provincial commissioner Maj-Gen Tembisile Patekile “praised the operational forces for their dedication and commitment in ensuring that the priorities of the province are addressed”.

“Firearm related crime will remain in our sights and we will never allow criminals to terrorise communities and hold them at ransom with violence,” said Patekile.

“The police in the Western Cape appeal to the public to assist with information that will bring us closer to our goals to reduce serious and violent crimes so that parents can allow their children to play outside without the fear of becoming statistics at the hands of gun slinging criminals with scant regard for others, and communities can enjoy a tranquil life,” read the statement.

The police have pleaded with the public that if they know of a firearm that is in the illegal possession of someone to contact Crime Stop on 08600 10111 or to use the mobile app MySAPS.

Northern Cape police have arrested a woman in connection with the killing of hotelier Leon Brits.
News
1 year ago
Next Article