'That position is not a position you just wake up and attack. That is the belly of the party, so you are attacking the party from the belly, you are collapsing it' 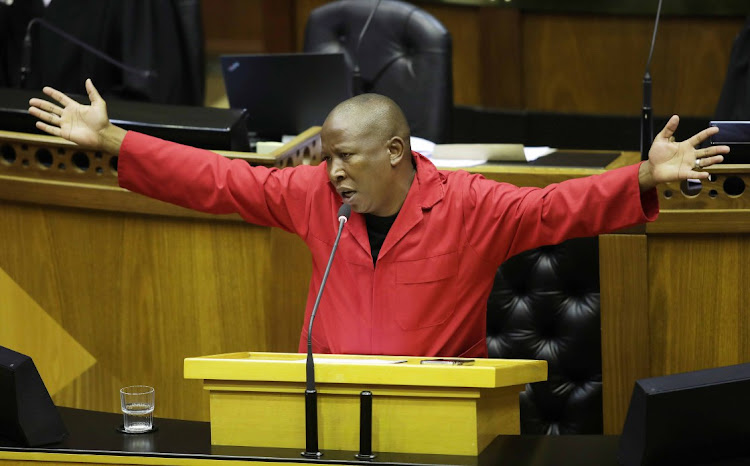 Julius Malema says the ANC's decision to make members step aside when charged with serious crimes is a big mistake for the ANC but 'good for the EFF'. File photo.
Image: SUNDAY TIMES/ESA ALEXANDER

This, said Malema, was akin to “collapsing” the party.

The decision, announced on Monday night, puts the spotlight on the party's secretary-general Ace Magashule, who is facing corruption charges related to the much-publicised asbestos case during his tenure as Free State premier.

“All members who have been charged with corruption or other serious crimes must step aside within 30 days, failing which they should be suspended in terms of Rule 25.70 of the ANC constitution. The [NEC] meeting emphasised that the 30-day period will be to enable the implementation of the decision in line with the guidelines, not to review the decision,” Ramaphosa said.

Public protector Busisiwe Mkhwebane has a prima facie case to answer, the ANC NEC has concluded.
News
9 months ago

Allies of ANC secretary-general Ace Magashule plan to resign en masse to force an early elective national conference should he be forced to step ...
News
9 months ago

Malema warned that the move would collapse the party rather than strengthen it.

“Cyril is making a big mistake. He is badly advised. You cannot just sit in a bathroom and remove a secretary-general. I don't think they know what that position includes. From the comfort of your own home, just with a smell of Rajah [spice], you remove an SG ... I don't think he knows what he's talking about.

“But maybe he saw that they are disorganised, the Magashules themselves. That position is not a position you just wake up and attack. That is the belly of the party, so you are attacking the party from the belly, you are collapsing it.

“It works for us as the EFF, but that's a horrible decision to take,” he said.

Malema was speaking at a press conference on Tuesday afternoon.

He said the step-aside resolution was a front, because many corruption-implicated ANC leaders, including Magashule, were elected with clouds hanging over their heads.

Allies of Magashule's have reportedly threatened to resign en masse to force an early elective national conference should he be forced to step aside from his position.

“The ANC structures elected Magashule with all these scandals hanging over his head. They knew about all these things. That he's being charged is just being technical. They elected [him] knowing the scandals. They love him like that. They love them corrupt, anyway,” Malema added.