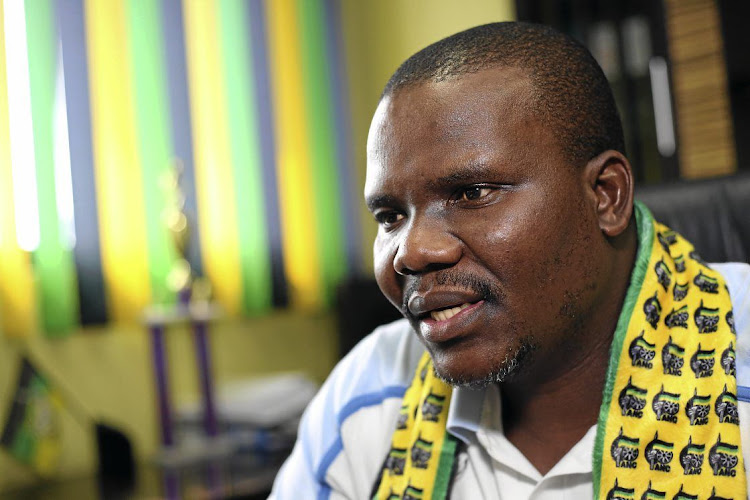 The ANC in KwaZulu-Natal says it cautioned against the decision by the ANC national executive committee (NEC) to officially associate the anti-President Cyril Ramaphosa group as the “radical economic transformation (RET) forces” as this gave legitimacy to a group of ill-disciplined members.

Party provincial secretary Mdumiseni Ntuli told SowetanLIVE's sister publication TimesLIVE they had informed the NEC meeting of their concern about associating a section of members with the policy decision made at the party’s Nasrec conference in 2017.

“We must be careful not to appropriate resolutions of the national conference to a grouping, rather than isolate ill-discipline, and not glorify it by calling it some kind of a body that represents conference resolutions better than the rest of the organisation outside ANC structures,” said Ntuli.

On Monday, President Cyril Ramaphosa announced the outcomes of the NEC’s four-day meeting. He said the NEC condemned the establishment of groups operating as an organised faction within the ANC to undermine the ideological and organisational integrity of the party.

Allies of ANC secretary-general Ace Magashule plan to resign en masse to force an early elective national conference should he be forced to step ...
News
1 year ago

“The NEC warned those who wish to subvert the ANC by seeking to create diversions that we will not tolerate meddling in the internal affairs of the ANC or the use of ANC resources to undertake counter-revolutionary activities from within its structures and facilities. The meeting agreed no ANC member should associate themselves with or be involved in the so-called ‘RET Forces’,” he said.

The slogan was the centre of a faction sympathetic to former president Jacob Zuma, and it took on a life of its own following the 54th conference of the ANC in 2017, becoming what Ramaphosa labelled an “organised faction within the ANC”.

Ntuli believes calling the faction “RET” is unwise as it legitimises the grouping.

“Our problem as a province is that we must not give that identity to comrades who have organised themselves outside the structures. Socio-economic transformation is a position of the national conference. These comrades are now abbreviating it to RET.”

However, he said the province respects the NEC decision and will engage with members who identify as “RET forces”.

“We will engage with them to make them appreciate the NEC outcome, but also to co-operate with the organisation. We will say to them, this is the position of the NEC - and how do we all make sure this position does not further divide the organisation? Because I'm sure they, like us, all want the ANC united.”

As the Constitutional Court (Concourt) sits to hear the contempt of court application against former president Jacob Zuma, his fate continues to ...
News
1 year ago

Asked if he expected resistance, Ntuli said: “There will always be differences about what we should and should not do to achieve unity, but we will engage together.”

The NEC also resolved that all members who have been charged with corruption or other serious crimes must step aside within 30 days, failing which they should be suspended.

While the ANC in KwaZulu-Natal began the exercise through its provincial integrity commission five months ago, Ntuli said it was now a matter of “compliance, not choice or readiness”.

However, he said more work needs to be done and national officials will meet with provincial chairpersons and secretaries to finalise “grey areas”.

The ANC in KwaZulu-Natal has so far asked at least 10 members to step aside. The charges they face include rape, murder, attempted murder and  corruption. The most prominent provincial member is former eThekwini mayor Zandile Gumede, who was subsequently cleared by the integrity commission and resumed party and government work.

WATCH | Hundreds gather outside court in support of Gumede, Ace and Zuma

ANC MPs known to belong to the "RET faction" of the party feature prominently among the legislators who did not take part in a vote to establish a ...
News
1 year ago
Next Article