Gauteng paid R1.5bn in rates and taxes to municipalities in eight months

'We don't employ people because they have ANC T-shirts': MEC 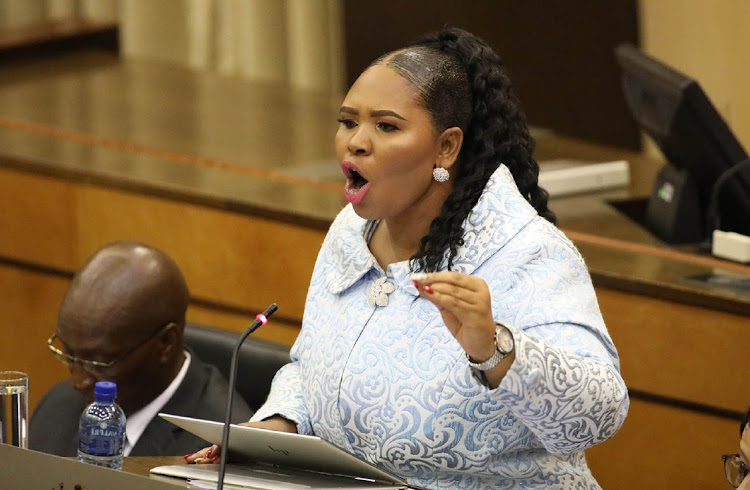 The Gauteng provincial government paid R1.5bn in tax and rates to municipalities between April and December 2020, MEC for treasury and e-government Nomantu Nkomo-Ralehoko said on Friday.

She was addressing members of the provincial legislature, where various committee chairpersons presented their annual performance reports.

“That is why as Gauteng provincial government, we are committed to meeting our obligations to municipalities by paying our rates and taxes and assisting the sphere of local government in these difficult times. I can safely say that almost all the departments are paying,” she said.

The MEC said the amount paid to municipalities had increased significantly since the 2018/2019 financial year. The outstanding debt, including disputes under section 21 now totalled R300m “but we want to close that completely”, she said.

EC’s new rural development MEC Nonkqubela Pieters has appointed a team of senior officials to conduct an investigation into allegations of ...
News
7 months ago

The province was set to engage national departments using services or buildings belonging to local government to follow suit.

Nkomo-Ralehoko assured the members that she would provide a quarterly report on the progress made in paying rates and taxes because it had been an ongoing issue raised by them.

While members of opposition parties had expressed concern at corruption and the party's policy of cadre deployment, the MEC said she would not entertain a “blanket approach”.

“I would suggest, MEC, that it is unfair to milk the taxpayers of Gauteng in order to support your party's cadre deployment and other policies that encourage mediocrity and leading to a failed state,” argued DA Gauteng shadow MEC for infrastructure development and property management Alan Fuchs.

“I am not going to entertain it because I am not subscribing to that notion. We employ people because they are capable for those positions. You can go and check everyone in every department, if they don't qualify, indicate which department it is. We are not just grabbing everyone on the streets, because that person is wearing a yellow, green and gold T-shirt. We don't take such people; they qualify.

“Tell us if there are any, because I don't know those people in my department. I really don't like it ... If there is anyone involved in corruption, please tell us or report that person so we can deal with the person. Don't come here with a blanket approach. Definitely, if you know a person, report because there is nobody that we know is corrupt.”