Ipid says it was forced to take the body of a man allegedly killed by police in Tsolo to Mthatha, and then to Makhanda, for a third postmortem 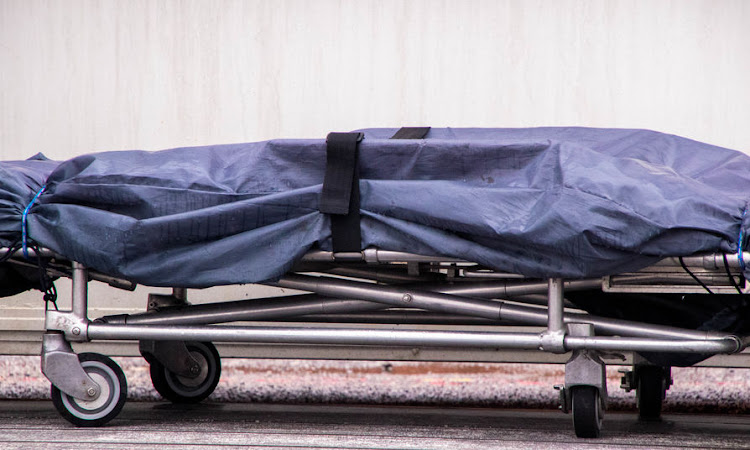 Ipid in the Eastern Cape had to arrange for a postmortem to be conducted almost 400km away because of a broken X-ray machine. Stock photo.
Image: 123RF/ANDREW NORRIS

The Independent Police Investigative Directorate (Ipid) had to transport a man's body almost 400km for a proper postmortem because of the unavailability of X-ray machines.

The police watchdog said its investigation into the death of Vuyiswa Mkontwana — who was allegedly killed by the police in Tsolo in the Eastern Cape — was hampered by the lack of critical equipment which was needed to locate a bullet seemingly still lodged in the dead man's body.

In a statement on Thursday, Ipid said as part of efforts to ensure a thorough investigation into Mkontwana's death, it had to conduct three postmortems. In the third instance, the procedure could be done only at a Makhanda-based facility on Wednesday.

According to Ipid spokesperson Ndileka Cola, the alleged death as a result of police action occurred in Tsolo, and was reported to the watchdog on March 5.

“The first postmortem was arranged by [Ipid], but the conclusion of the autopsy was not satisfactory. Ipid requested the hospital records, which indicated that the bullet was stuck inside the body of the deceased,” Cola said.

The state has painted a picture of how difficult it was for an investigator to track down the four officers accused of killing Mthokozisi Ntumba ...
News
1 year ago

The four police officers face a charge of murder, three charges of attempted murder and defeating the ends of justice.
News
1 year ago

She said Ipid then arranged for a second postmortem, which was attended by a senior investigator in Mthatha. But the bullet couldn't be found, and the medical institution — which was not named — “had no X-ray machine”.

It was then decided to take the body to Makhanda. No information was provided on how the body was transported. Tsolo is a 47km drive to Mthatha, and Mthatha to Makhanda a 360km drive.

But even that process was met with frustration.

“Due to challenges of other health facilities with equipment, an arrangement was made with the [Makhanda-based] facility to conduct the third postmortem. The initial arrangement was to have the autopsy conducted last week, but Ipid was later informed that the X-ray machine went for service,” Cola said.

She said the postmortem was finally successfully conducted on Wednesday, and the bullet — which was indeed stuck in the deceased’s body — was recovered and has since been sent for ballistics testing.

Even though it was a challenge, Cola said, the exercise of having a third postmortem done had proven fruitful and useful for the investigation.

But the delays also affected the plans for Mkontwana's burial, which was originally planned for March 20. Mkontwana's family allowed for the postponement because of the need for the third autopsy, Cola said.

“The family could have been inconvenienced in terms of the funeral being delayed, but this is for a good cause and to avoid exhumation of the body after the deceased would have been buried.”

The family of Mthokozisi Ntumba, who was killed by police during a student protest last week, says the arrest of four policemen connected to his ...
News
1 year ago

Four police officers have been arrested in connection with the killing of Mthokozisi Ntumba during a student protest.
News
1 year ago
Next Article