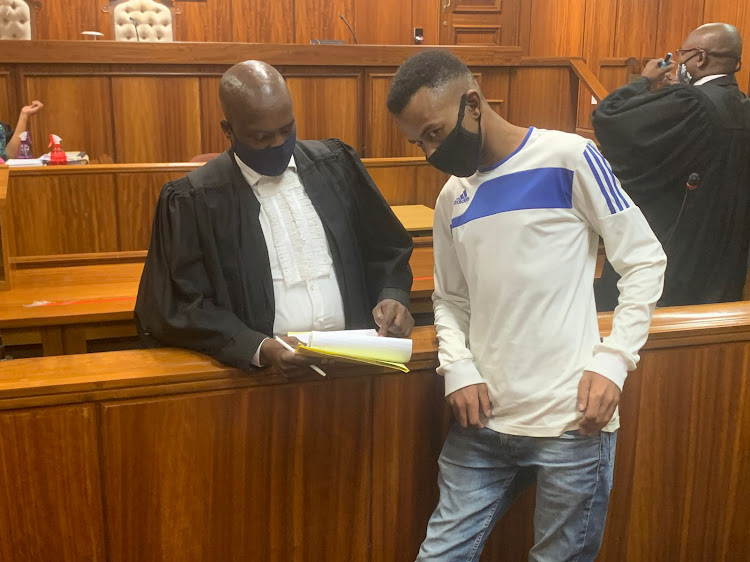 Convicted murderer Melumzi Morrison in the dock of the high court in Gqeberha where he was sentenced to an effective 20 years. He is seen here with his defence attorney Khaya Saziwa.
Image: DEVON KOEN

Described as a habitual criminal, a man convicted earlier this month on seven counts, including murder and three of attempted murder, will spend the next 20 years behind bars after a high court judge described his actions as selfish and senseless.

Melumzi Morrison had opened fire on patrons at a tavern in Walmer township in the Eastern Cape on November 17 2018.

Handing down sentence on Tuesday, judge Bulelwa Pakati said Morrison, 38, had failed to explain what drove him to open fire on a crowd of innocent people who had gone out to enjoy themselves.