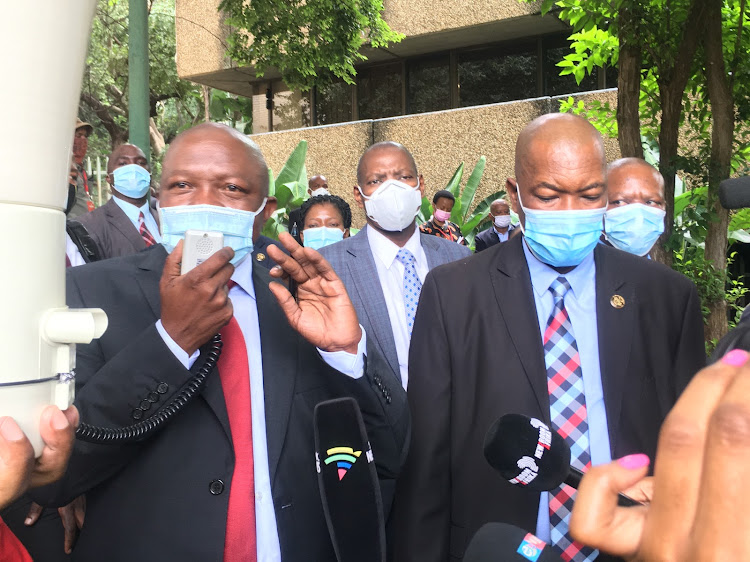 The coronavirus pandemic has hampered TB treatment due to the lockdown protocols that had to be put in place at health facilities.

This is according to health minister Dr Zweli Mkhize, who spoke to the media on the side of the ongoing World TB Day commemoration in Mbombela on Wednesday. Mkhize said the government is now going to make sure that TB patients are  given more priority.

Treatment Action Campaign (TAC)  staged a protest outside the venue,  demanding that the treatment of TB and HIV  be taken as seriously as the Covid-19.

Mkhize said although the roll out of the Covid-19 vaccine  has  some delays, in April there’s going to be speed roll out as more companies who produce the vaccine will be ready.

“The vaccination is going well, but we would have liked  a higher speed than now... We have been engaging almost twice or thrice a week with the various players to tighten up of the agreements. But we expect that the vaccine will be coming around April because most of the companies that are manufacturing will be releasing the vaccine around that time."

Mabuza, who went to receive the memorandum of concerns from the TAC, promised that their problems are going to be taken seriously and also said Ehlanzeni district of Mpumalanga is one of the places with a high number of TB patients.

Civil society organisations have criticised the government for its plans to reduce expenditure on health and even on critical programmes such as HIV.
News
10 months ago

South Africa will ramp up home delivery of medicines to patients and expand the use of chest X-rays for tuberculosis (TB) screening in communities as ...
News
11 months ago

“I have taken this memorandum, I’m with the minister here, I will come back. I heard that you are crying that our screening and testing for TB is  slow. Yes, I will start with you today, they will open a space for you to test. TB will only kill you if you don’t take your treatment. Thanks for coming here  to speak on behalf of the Mpumalanga people. Ehlanzeni district is one of the districts with high numbers of people with TB, so we need to find those people  and also test some and give them treatment so that they live healthy,” said Mabuza.

General secretary of the TAC Anele Yawa handed over the memorandum.

Yawa said early detection remains key to a successful TB response, but those with TB symptoms are even overlooked and undiagnosed.

“We have seen what  political will can do. We have seen that those with Covid-19 symptoms were taken seriously in our clinics. Why not the same with TB? It is estimated that as many as 154,000 TB people have not been diagnosed in the country,” said Yawa.

Yawa said their call is that everyone should be screened and tested for TB.