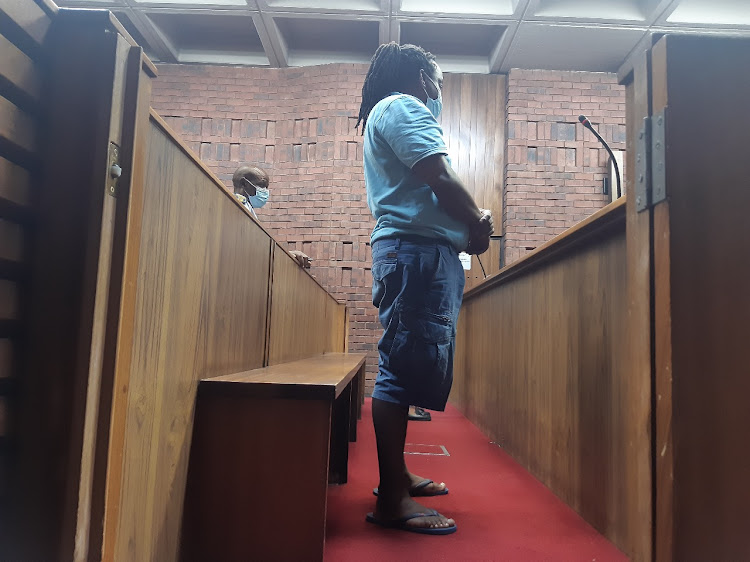 Mncedisi Ntloko and Sibongile Mabele appeared at the Pretoria Magistrate Court on charges of fraud and contravention of the prevention of illegal eviction and unlawful occupation of land act. The pair is believed to be part of a group called Boko Haram which is believed to be illegally collecting rent from residents of Nkandla in Mamelodi.
Image: Thulani Mbele

Gauteng police have arrested two more people believed to be part of the notorious Boko Haram vigilante group which operates in Mamelodi, east of Pretoria.

This brings the number of arrests to four after Mncedisi Ntloko, 37, and Sibongile Mabele, 37, were nabbed in Mamelodi two weeks ago.

Gauteng police spokesperson Brigadier Mathapelo Peters said two other suspects aged 37 and 47 appeared in the Pretoria magistrate's court on Tuesday morning after they were arrested at the weekend.

Peters said the names of the latest arrested pair will not be released as they were yet to take part in an identification parade as part of police ongoing investigations against the group which has terrorised the community of Mamelodi.

"Police were able to build a solid preliminary case on which the pair made their first appearance in court," Peters said.

Their case has been postponed to April 12 for a formal bail application.

Peters appealed to victims of Boko Haram to refrain from withdrawing reported cases and encouraged them to partake in identification parades and other police investigative processes against the group.

Ntloko and Mabele are accused of allocating units and illegally collecting money for rent and garden services that was not due to them at a local hostel known as Inkandla.

The state also alleged that the group's illegal occupation of the hostel and renting out of the units had defrauded the Tshwane municipality of about R12m.

Earlier this month, Sowetan reported how the group has been collecting money, including protection fees of R300 and upwards from foreign nationals who own tuck shops across the township since 2018. The amount paid depended on the size of the shop.

Acting Gauteng police commissioner Major-General Tommy Mthombeni said: "While we are encouraged by the responsiveness of the complainants that has led to the arrest of four suspects so far, we hope that those who were previously afraid are now encouraged to report their cases so that these criminals are apprehended and taken to task".

Gauteng police have arrested two more people believed to be part of the notorious Boko Haram vigilante group which operates in Mamelodi, east of ...
News
10 months ago

The Boko Haram vigilante group is accused of running a multimillion-rand scheme in which hostels are hijacked, illegally occupied and payments meant ...
News
10 months ago
Next Article