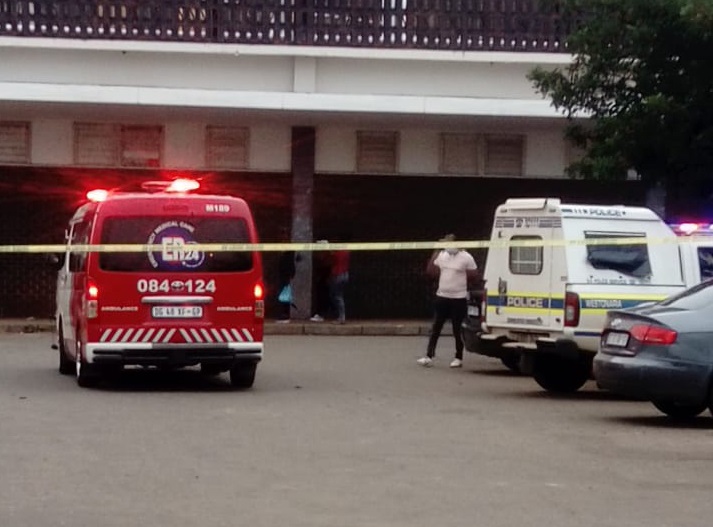 ER24 spokesperson Werner Vermaak said paramedics arrived on the scene at a shopping centre and around 5pm.
Image: ER24

A man believed to be in his thirties was found with multiple gunshot wounds in his car in Westonaria, west of Johannesburg, on Saturday evening, paramedics said.

ER24 spokesperson Werner Vermaak said paramedics arrived at the shopping centre where the shooting occurred at around 5pm.

Vermaak said the man sustained several gunshot wounds and was declared dead on the scene.

“According to a witness the suspect got into a silver-grey car which was parked not far from the deceased's car, which then sped off in an easterly direction,” Gauteng police spokesperson Capt Kay Makhubele said.

Makhubele said the motive for the murder is unknown.

Human skeletal remains, which were kept for investigation purposes, have been stolen from a state mortuary in Standerton, Mpumalanga, police said on ...
News
2 months ago

Glebelands Hostel 'hitman' Senzo Sihle Cele was convicted of four counts of murder by the Pietermaritzburg high court this week.
News
2 months ago
Next Article