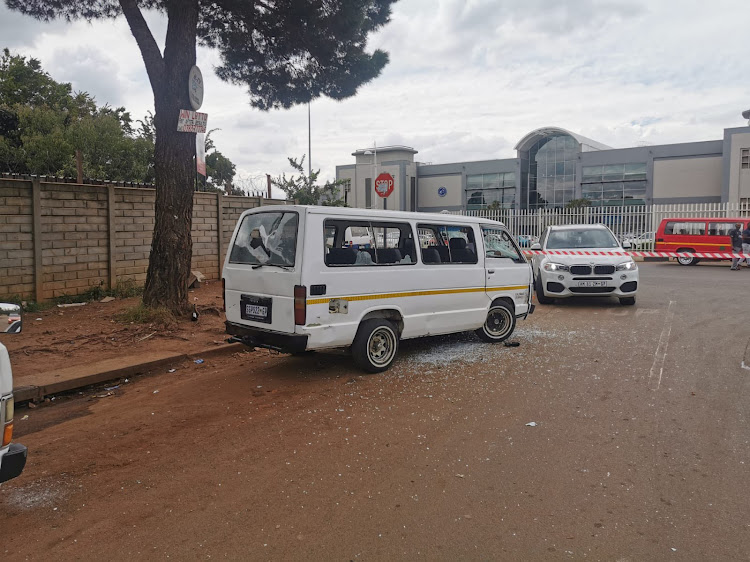 Police said when officers arrived on the scene the man had been firing shots “indiscriminately” at the taxi rank.
Image: Yusuf Abramjee via Twitter

A man was arrested after he opened fire at a taxi rank in Lenasia in the south of Johannesburg on Saturday, police said.

Police spokesperson Capt Kay Makhubele said when officers arrived on the scene the man had been firing shots “indiscriminately” at the taxi rank.

During the arrest police seized an AK-47 rifle, a 9mm pistol and ammunition which were in the suspect's possession, Makhubele said.

“The suspect will be profiled to establish whether or not he could be linked to other serious and violent crimes.”

Makhubele said no injuries were reported.

The man is expected to appear before the Lenasia magistrate’s court soon.

Glebelands Hostel 'hitman' Senzo Sihle Cele was convicted of four counts of murder by the Pietermaritzburg high court this week.
News
2 months ago
Next Article