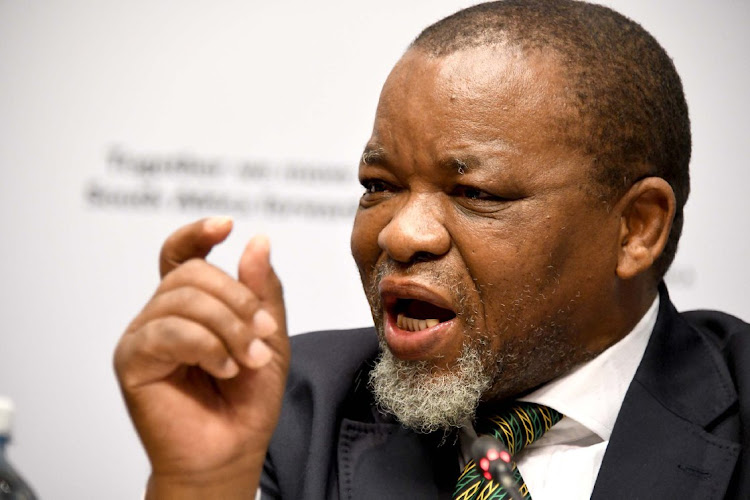 Mineral Resources Minister Gwede Mantashe was on Friday under the spotlight at the Zondo commission on why he had accepted free installations to the tune of R300 000 from controversial facilities management company Bosasa in 2013 and 2016.

Former Bosasa chief operations officer Angelo Agrizzi testified before the commission that Bosasa had targeted influential politicians and officials and gave them favours, including bribes and upgrades to their homes, among other gratifications.

Agrizzi told the inquiry that Bosasa had installed security upgrades at three of Mantashe’s properties.

Mantashe said he had tasked his security advisor Mzonke Nyakaza to install cameras at his Boksburg house after attempted break-ins and that it was him who secured cameras from Bosasa’s Papa Leshabane without Mantashe's intimate knowledge.

“In the political settings, there is very strict division of labour. I was tapped out of details of security arrangements and the security advisor handled that aspect himself,” Mantashe said.

Mantashe said the Eastern Cape security upgrades were “informed by the success of the Boksburg installations".

“The installations were effected in the Eastern cape in 2016, having seen the effectiveness of the cameras in Boksburg where we even found a person who was stealing from within, who is working in the property. We thought that we should put those cameras in those properties as well,” Mantashe argued.

ANC needs to institute an inquiry into capture within its ranks

Zondo commission will always be seen as merely treating the symptoms unless ruling party comes clean.
Opinion
2 years ago

Bosasa has been marred in allegations of corruption and money laundering, as well as the bribing of politicians and top officials in a bid to secure political protection and secure lucrative state contracts.

Mantashe has been questioned on why he had accepted Bosasa to provide the cameras free of charge and why Bosasa was also involved in all the upgrades.

“Papa Leshabane came to the Boksburg property when Mzonke was working on the project and offered to give Mzonke better cameras than what we bought from Game. Now, if they continued to the Eastern Cape and other areas, then that was their arrangement as security people,” he said.

Mantashe disputed allegations by Agrizzi that the security upgrades had cost around R300 000, and argued that they had only cost around R10 000.

Notshe however pushed him to explain who had footed the bill for the installations.

“I thinking the statement, Mzonke says Papa Leshabane offered the cameras at his own cost,” he said.

Notshe however disputed Mantashe’s claim, pointing out that Nyakaza had not made the claim in his statement filed to the commission.

Mantashe insisted that he did not know who had funded the installations in his properties until there were questions around Bosasa.

Mantashe was fingered to have allegedly benefited from R300,000 to upgrade security at his three homes.
News
2 years ago

Gwede Mantashe took the media on a tour of his two Eastern Cape homes in an effort to clear his name.
News
2 years ago
Next Article