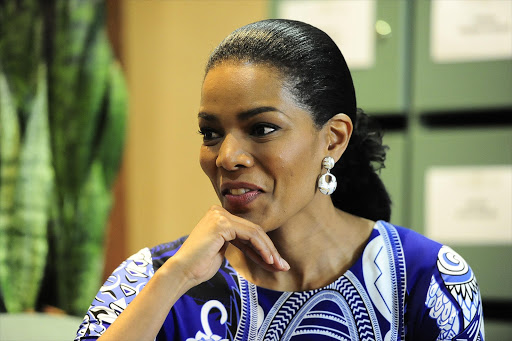 The Supreme Court of Appeal has agreed with the high court that a men's shower gel produced by Connie Ferguson's Koni Multinational Brands is confusingly similar to Nivea's. File photo.
Image: Thulani Mbele

The Supreme Court of Appeal (SCA) on Friday dismissed an appeal by Koni Multinational Brands against a court order that its Connie men's shower gel was similar to the Nivea equivalent.

Koni is a recent supplier of body care products and was established in 2012 by actor, presenter and model Connie Ferguson and Joseph Nchabeleng.

The high court in 2019 interdicted Koni Multinational Brands from competing unlawfully with Nivea by passing off Connie's men shower gel products as being those of Nivea.

The SCA said the Pretoria high court's conclusion that the Connie shower gel was created from aspects of the “get-up” of the Nivea men shower over time, calculated to pass it off as belonging to a range of products belonging to Nivea, cannot be faulted.

The “get-up” of a product denotes the form in which the brand owner presents its product to the market. 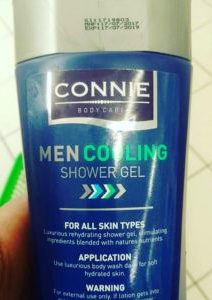 The SCA has dismissed an appeal by Koni Multinational Brands against a high court order which held that its Connie shower gel was being passed off as those of Nivea.
Image: Facebook

The get-up typically includes the labelling and packaging of a product and consists of a number of features such as colour combinations, graphics and other design elements.

International skin care products company Beiersdorf alleged Koni was making use of a get-up for the Connie shower gel that was likely to cause confusion in the market as to the source of the shower gel or as to its connection or relationship with Nivea.

Koni launched the Connie body care range of products for women in 2014, followed by a men's product range a year later.

In July 2017, Beiersdorf's attorneys wrote to Koni protesting that it was manufacturing and offering for sale the Connie men shower gel which was confusingly similar to Nivea's products.

Koni denied this and stated that the different names of the products were sufficient to distinguish the products.

Beiersdorf obtained an interdict which also ordered Koni to remove such get-up from all packaging, signage, printed material, websites, and social media platforms under its control.

Koni appealed against that judgment.

In a judgment passed on Friday, the majority of the court agreed with the high court that Connie men's shower gel was confusingly similar to Nivea's.

A judge says the actress Connie Ferguson’s beauty products empire set out to deceive customers by making its products look like Nivea’s.
News
2 years ago

“Given the similarities between the ... products, the inference is inescapable that the [Connie] logo is an appropriation of the Nivea Men wave-label indicia on the same kind of product, so as to connect it to a known and established brand,” judge of appeal Ashton Schippers said in a judgment in which three other judges concurred.

“In these circumstances, the Connie men's shower gel is almost certain to deceive and confuse the public, and likely to cause (Beiersdorf) to suffer damages.”

In a dissenting judgment, judge of appeal Tati Makgoka said there was no likelihood of confusion between the competing products.

Makgoka said from the evidence of its advertising material, the success of the Koni brand seemed attributable to the persona of Constance Ferguson, one of Koni's directors.

He said it was conceivable that when Koni’s men’s range was introduced in October 2015, it was primarily to capitalise on the success of the Connie women’s range.

Makgoka said it would take a particularly careless purchaser to end up with a Koni shower gel instead of Nivea body lotion or shower gel.