Phasha digs in despite confessing to neighbour, nephew 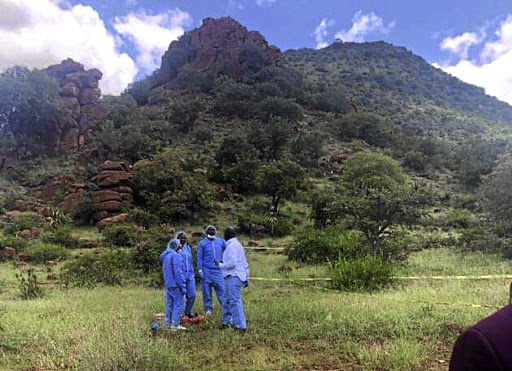 The spot where the bodies of Lucas Pasha children were found. Their father is on trial for their shocking murder.
Image: Supplied

The Limpopo High Court has heard of how a father accused of killing his four children broke down when a relative asked him why he committed the murders.

Lucas Phasha, 52, is on trial for  killing his children –  Katlego, 9, Joyce, 7, Tshepo, 5, and Adel, 8,  – who were found dead at two separate locations at Ga-Phasha-Selatole near Burgersfort in Limpopo on February 17 last year.

State witness Raymond Phasha told the court that the children's father cried when he asked him what the motive for killing them  was.

"He said he is sorry and started crying. I joined him and I also began to cry," he said.

Raymond, who is Phasha's nephew, said he met his uncle in his hideout in the Zebediela area near Lebowakgomo.

"I spoke to Phasha through his mother's phone on the day the children were found murdered. I was at the scene when [he] called his mother, and because they were shouting at each other, I had to take the phone," he said.

Raymond said Phasha then directed him to his location and advised him to come alone.

"He emerged from a bushy area wearing a brown work suit which he immediately took off saying it doesn't belong to him. We then went to a local village where I bought two quarts of beers and cigarettes for him."

Ex-lawyer told neighbour where to find bodies of his kids

A 52-year-old former lawyer who is on trial for allegedly killing his four children aged between five and nine allegedly confessed to their brutal ...
News
1 year ago

Former Limpopo lawyer Lucas Senyatsi Phasha, who allegedly hacked and bludgeoned his four children to death had his case postponed to next year for ...
News
1 year ago

Raymond said Phasha opened up to him about his problems with his wife and her alleged cheating ways.

"He even advised me to take a video of us having that conversation and I did. I later deleted the video but shared bits of it on social media," he said.

Phasha's lawyer Lawrence Mkhize said his client didn't kill his children, adding that he was set up.

"There are royal factions in the GaPhasha community fighting for mines and traditional leadership. My client was a leader of one of the faction, hence he believes that he was framed," said Mkhize.

Another witness, Alfred Madutlela, said Phasha, who was his neighbour, called him on the phone and informed him that he has killed his four children and dumped their bodies in two separate locations.

"He told  me where the bodies were and  told me to also inform the children's mother about the kids' deaths."

Madutlela said he immediately disseminated the information to community members and a search for the children started.

"We found all the bodies at the locations were he told me. He didn't tell me why he killed the children."

Earlier, state witness Kgaugelo Mamogale, a scholar transport driver, told the court that it was Phasha who instructed him to drop his children at his house on the day they were killed.

Phasha, who was wearing blue designer jeans and a yellow stripped T-shirt, has pleaded not guilty to all four counts of murder.

He kept on jotting down notes of the court proceedings in his handbook.

Days before the children were killed, Phasha went on  social media to accuse his wife of cheating.