KZN hit by spate of killings of traditional leaders 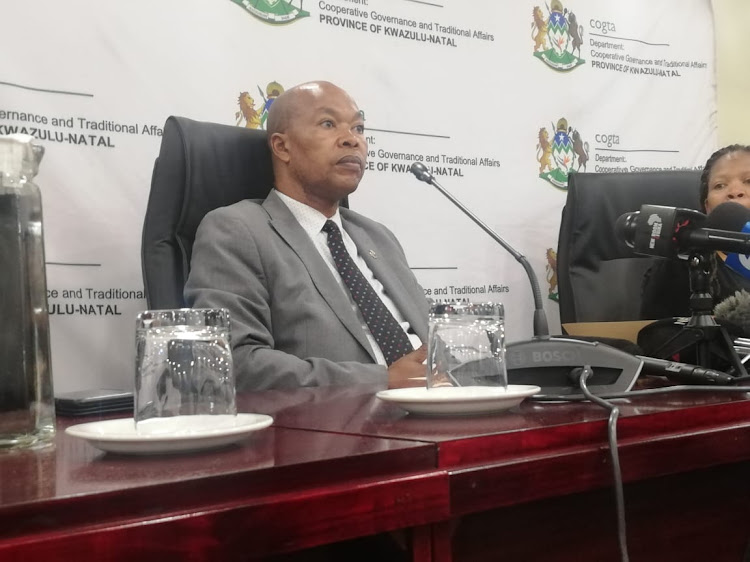 Inkosi Phathisizwe Chiliza, chairperson of the House of Traditional Leaders in KwaZulu-Natal, called on law enforcement agencies to bring to book all the people responsible for killing traditional leaders.
Image: Lwandile Bhengu

Traditional leaders in KwaZulu-Natal are bemoaning a spate of killings that appear to be targeting amakhosi and izinduna in the province.

The latest killing, according to the KwaZulu-Natal House of Traditional Leaders, took place on Saturday.

“Inkosi Manqoba Fred Mkhize, 37, of the Amambuzane traditional council in the uMngeni local municipality, was shot and killed on March 13 2021 by unknown assailants who ambushed him and his aide when they were driving to his home in Mpophomeni,” said chairperson of the provincial House of Traditional Leaders, Inkosi Phathisizwe Chiliza.

KwaZulu-Natal MEC for co-operative governance and traditional affairs Sipho Hlomuka said the recent murders of two chiefs has undermined the ...
News
1 year ago

Chiliza said it was “particularly disturbing” that there appeared to be a group of people who would devise a plan to “assassinate a traditional leader during a time when the Zulu nation is mourning the passing of King Goodwill Zwelithini KaBhekuzulu.”

King Zwelithini died in a Durban hospital on Friday.

“The actions of those who killed Inkosi Mkhize go against all that our fallen king stood for and advocated for. It is widely known His Majesty was a proponent for peace, unity and moral regeneration. It is clear there are people in our society who are determined to take the province back to its violent past in spite of many calls for peace and tolerance over the years.”

Records shared by  the provincial department of co-operative governance and traditional affairs indicate that in the past three years, 27 cases of murder of izinduna and amakhosi and their aides have been reported.

Out of the 27 killed, 20 were izinduna, five were amakhosi and two were aides.

The DA in Kwazulu-Natal has called for premier Sihle Zikalala to establish a commission of inquiry into the ongoing murders of traditional leaders.
News
1 year ago

Chiliza said their pleas for protection and the apprehension of those responsible for the killings are largely falling on deaf ears.

“The killing of fellow traditional leaders is continuing nonstop across the province despite the many calls we have made to law enforcement agencies for the arrest of those responsible for the killings of amakhosi and izinduna,” said Chiliza.

Two months ago the DA in the province called for premier Sihle Zikalala to establish a commission of inquiry into the ongoing killings of traditional leaders.

This followed the killing of Bongumusa Mdluli, who served as induna under the Manyavu traditional council in the uMgungundlovu district, and Richard Bonginkosi, an induna under the Nxamalala sub-clan who was murdered at his home near Howick.