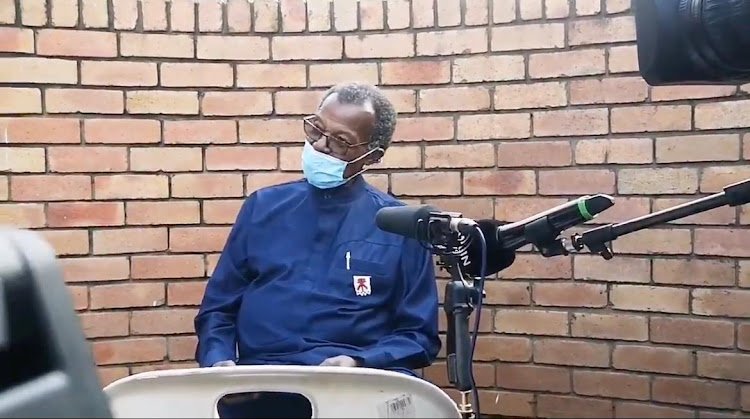 Traditional prime minister to the Zulu nation Prince Mangosuthu Buthelezi did not reveal whether the reading of the will would reveal the name of the late monarch’s successor.
Image: Supplied

The will of the late Zulu monarch King Goodwill Zwelithini will be read after his memorial service, which is due to take place on Thursday, traditional prime minister to the Zulu nation Prince Mangosuthu Buthelezi said on Tuesday.

Buthelezi was briefing the media from KwaKhethomthandayo royal palace in Nongoma in northern KwaZulu-Natal.

“I know for a fact that after the memorial service, the king’s will will be read,” said Buthelezi.

However, he did not reveal whether the reading of the will would reveal the name of the late monarch’s successor.

“It would be grossly irresponsible for me to give a preview of what will happen, especially about a sensitive matter like that. I don’t know what is in the will so I cannot speculate. The people who have the will said they wanted space so I am as ignorant as you are,” he said.

In a last-ditch attempt to discourage mourners from descending on the royal household for the memorial service due to Covid-19 restrictions, Buthelezi assured people that King Zwelithini would not have wanted them to attend.

“Some individuals have said they plan to break lockdown regulations and descend on Nongoma in large numbers, but measures have been put in place to avert this.

“Our late beloved king would never be used as an excuse to break protocols and regulations. That would be going against his wishes.”

To demonstrate the king’s commitment to abiding by Covid-19 regulations and protecting lives, Buthelezi shared that he was forbidden to attend the funeral of the king’s son, Prince Lethukuthula Zulu.

The Zulu royal household said President Cyril Ramaphosa would deliver the eulogy at the memorial service of King Zwelithini on Thursday.

The government on Tuesday announced an electronic condolences book for use by anyone “who would like to send a message of condolence to the royal family, the Zulu nation and the people of KwaZulu-Natal and beyond”.

This will form part of drastic changes to ways of paying last respects, with virtual goodbyes for the king set to accommodate those who cannot attend in person as a normal send-off was suspended due to the pandemic.

King Zwelithini died aged 72 in the specialised Inkosi Albert Luthuli Hospital in Durban on Friday. He will be buried in a private funeral on Wednesday night attended by a select group of men from the Zulu royal house.

KZN hit by spate of killings of traditional leaders

Traditional leaders in KwaZulu-Natal are bemoaning a spate of killings that appear to be targeting amakhosi and izinduna in the province.
News
1 month ago

President Cyril Ramaphosa has declared that the late Zulu monarch King Goodwill Zwelithini will be accorded an official state funeral.
News
2 months ago
Next Article