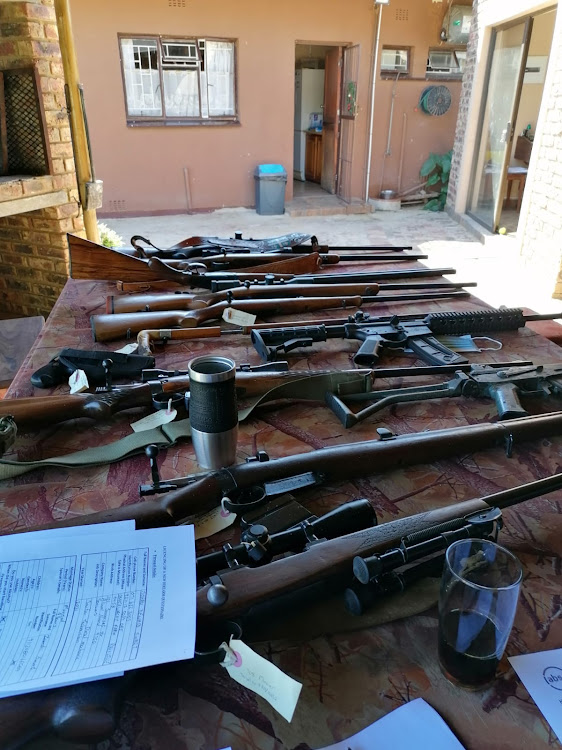 Some of the firearms which were confiscated by police in Sasolburg.
Image: SAPS

Free State police found 51 firearms, including assault rifles, hunting rifles, shotguns and handguns, along with an assortment of ammunition and explosives at a house in Sasolburg.

Acting on information received on Sunday from crime intelligence in the Western Cape about a house used to store firearms, Free State police, including the bomb disposal unit and tactical response team, pounced on the residence.

Free State police spokesperson Brig Motantsi Makhele said they met the homeowner and asked for documentation to prove that he was allowed to safeguard the firearms.

Makhele said the owner could not provide that documentation.

The police searched the house and found 51 firearms, ammunition and explosives, which they confiscated.

“The 43-year-old suspect was arrested and charged with possession of unlicensed firearms and ammunition. He will appear in Sasolburg magistrate’s court soon,” said Makhele.

Gauteng police and other law enforcement agencies recovered more than 10 illegal firearms in the past 24 hours in different parts of the province.
News
1 year ago

Port Elizabeth police are still searching for a Kabega Park resident after he opted to split from his stash of about R1.5m worth of cannabis products ...
News
1 year ago
Next Article