Drugs worth R6.5m stopped from being shipped to Australia 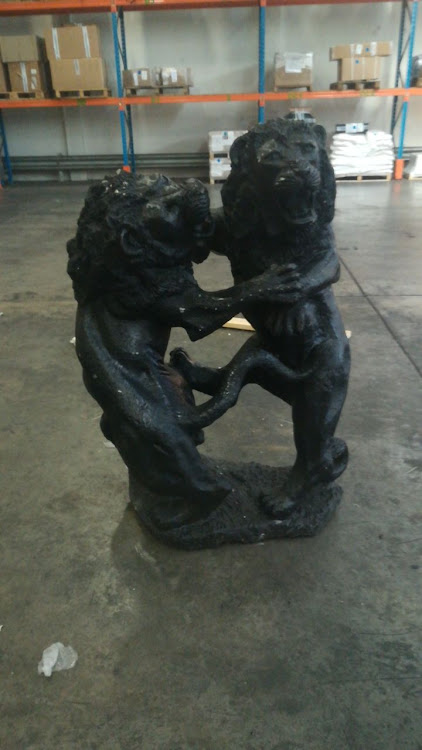 Busted Police stopped the shipment of drugs hidden in this statue.
Image: Supplied

Police in Gauteng stopped a consignment of drugs worth R6.5m and hidden in statue from being shipped to Australia.

A law enforcement tactical team found 973 blocks of compressed cocaine in three compartments of the vessel.
News
10 months ago

He said the crystal meth has an estimated street value of R6.5m. The four suspects were arrested and charged with possession of drugs.

In a separate incident, police intercepted a vehicle in Douglasdale and seized drugs with an estimated value of R3m and arrested two suspects for possession of drugs.

Makhubele said the arrested suspects are expected to appear in different magistrates' courts in due course.

Gauteng commissioner of police Lt-Gen Elias Mawela has commended the tireless efforts by members of the SAPS, other law enforcement agencies and the community to curb the proliferation of drugs.

Makhubele said members of the public are encouraged to continue providing valuable information to the police concerning suspicious activities and people.

The police continue to crack down on operations linked to alleged drug kingpin Yaganathan Pillay‚ known as Teddy Mafia‚ almost three months after his ...
News
10 months ago

Port Elizabeth police are still searching for a Kabega Park resident after he opted to split from his stash of about R1.5m worth of cannabis products ...
News
11 months ago

The management of the South African Police Service commends its foot soldiers for the sustained successes and concerted efforts they have ...
Opinion
11 months ago
Next Article