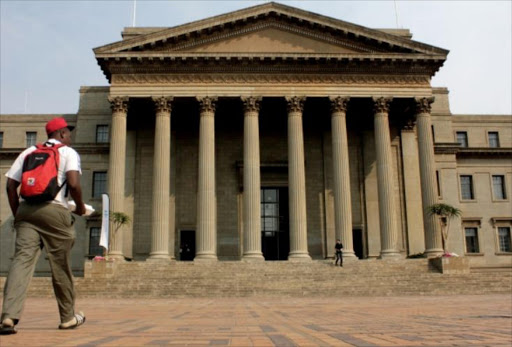 Some Wits students protested against the financial exclusion of some students with historical debt. File photo.
Image: SIHLE MAKU/THE TIMES

Vice-chancellor and principal of Wits University Prof Zeblon Vilakazi says the issue of student funding is a national, system-wide issue which the university cannot solve alone.

“The state and other social actors have a critical role to play in resolving this crisis. We need an urgent national debate on this crisis and our students need long-term, definitive solutions to funding higher education,” Vilakazi said.

“It is worrying that student debt amounts to approximately R1bn now, almost double what it was at the end of 2017.”

Vilakazi said Wits remained committed to assisting as many academically talented students as possible to register, “within the possibilities of the resources that we have available”.

“We have to ensure that the university remains financially sustainable and that we continue to offer quality higher education.

“This number refers to all the students who owe Wits money over the last seven years, including some of whom have dropped out and others who have been academically excluded for failing multiple times, and who have lost their bursaries as a result.”

This week, Universities SA CEO Prof Ahmed Bawa urged the government to find a way to deal with the needs of financially stricken students.

Students took to the streets under the banner #asinamali in Johannesburg on Wednesday, protesting against the financial exclusion of those with historical debt, and fighting for first-year students who do not know how their tuition will be financed.

The police fired rubber bullets at protesters, hitting a man apparently leaving a nearby clinic.

Higher education minister Blade Nzimande on Wednesday blamed former president Jacob Zuma for the fallout, saying his free education promise in 2017 was impossible to achieve. Nzimande on Monday confirmed the budget shortfall, and said there was no clarity yet on how new students who need financial assistance will be funded.

On Wednesday evening, Nzimande told parliament that the cabinet had taken a decision with regards to the funding of first-year students, but was not at liberty to communicate cabinet decisions.

Historical debt has students in limbo

Mike Mpanya’s life has come to a standstill as he is unable to register for his final year of his law studies at Wits University because he owes the ...
News
1 year ago

Minister of higher education and training Blade Nzimande will on Thursday give an update on decisions made about the National Student Financial Aid ...
News
1 year ago
Next Article