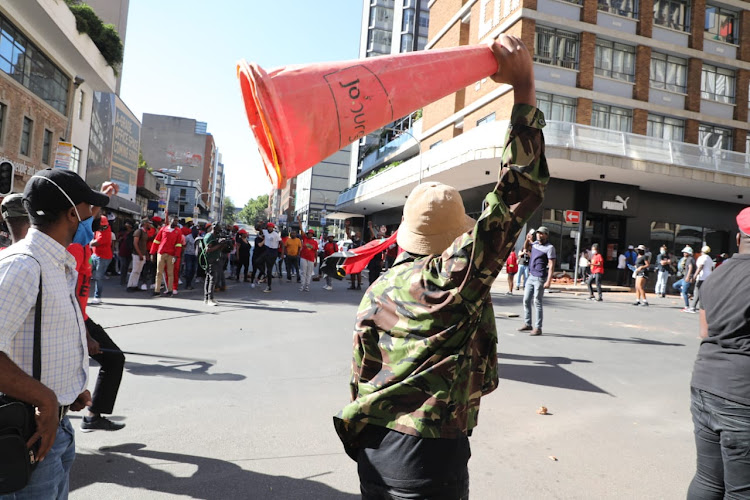 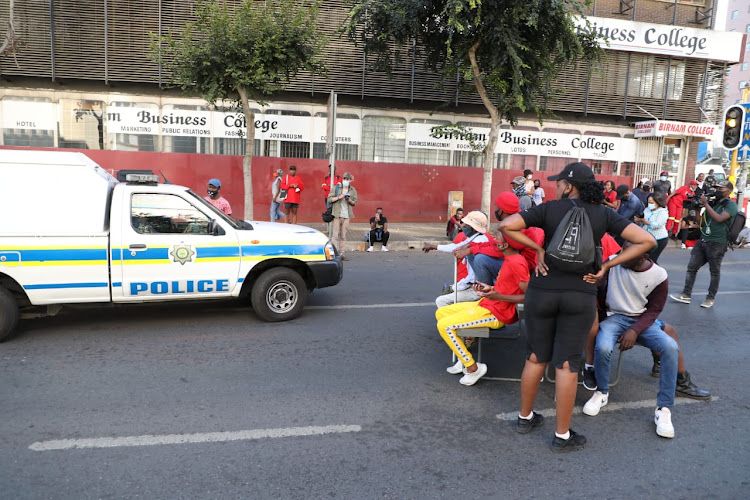 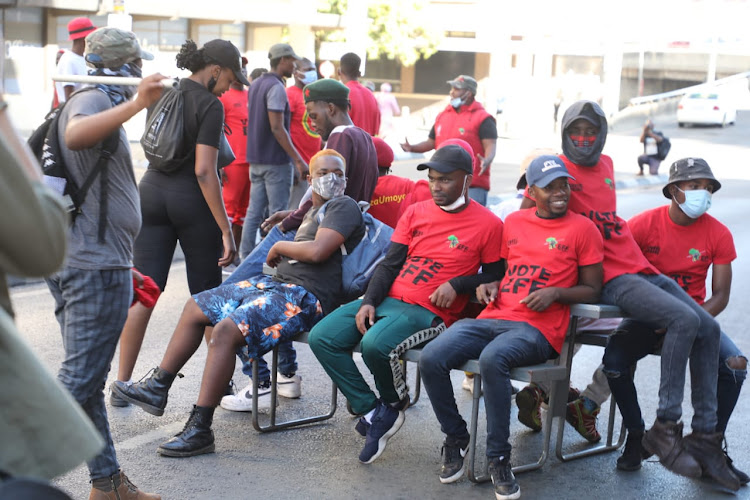 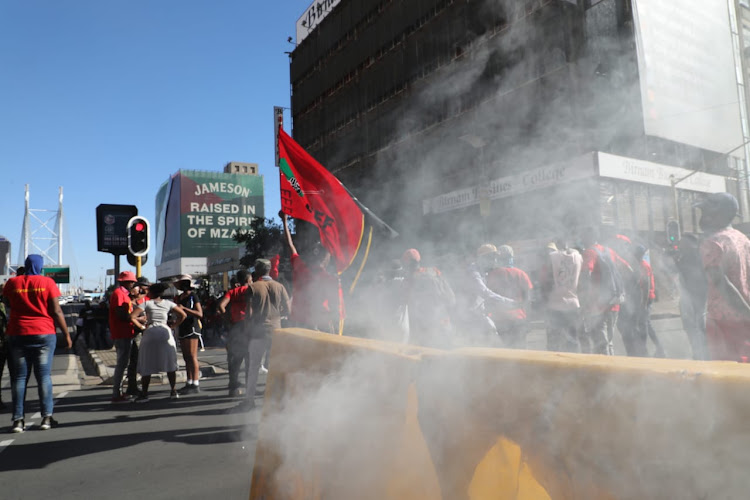 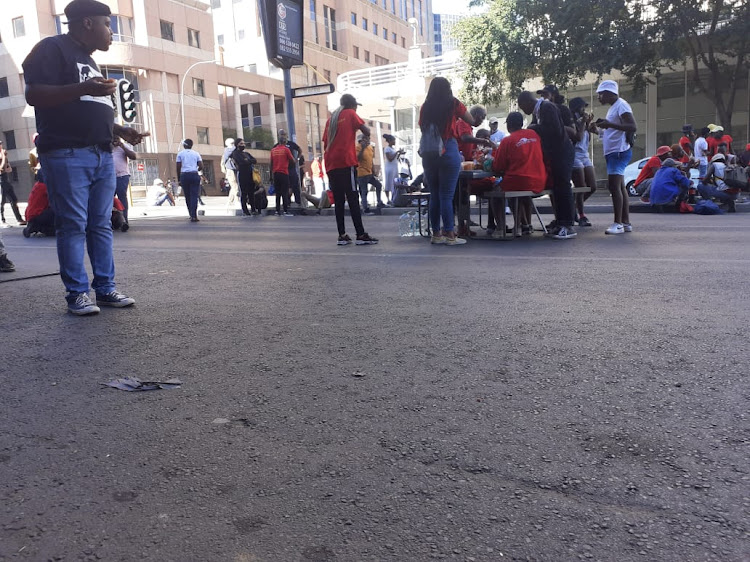 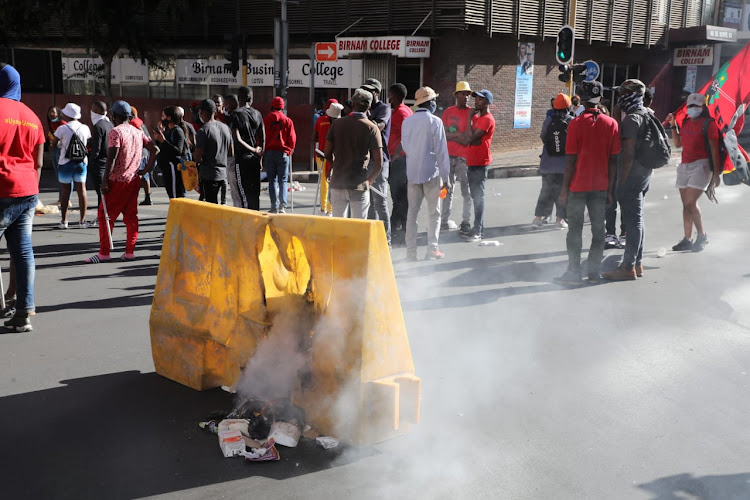 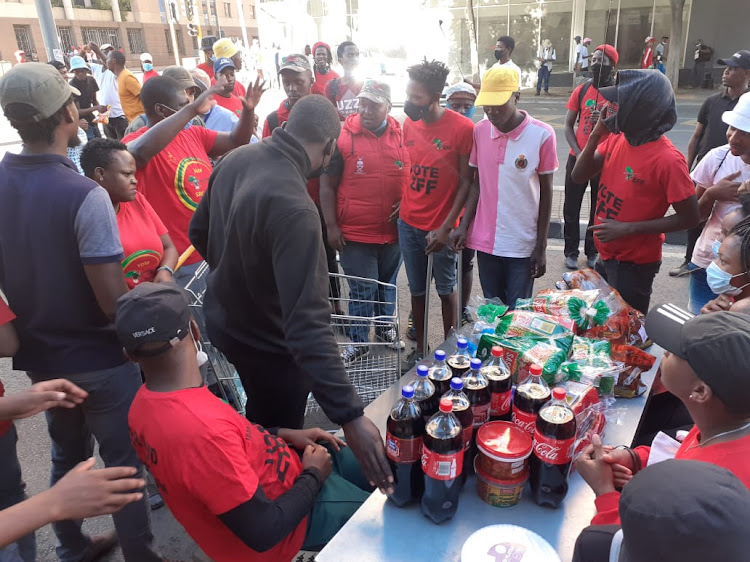 Students continued protesting late into the afternoon on Thursday in Braamfontein.

Police kept an eye on the protesters from about 50m away.

A good Samaritan sent a trolley packed with chicken, bread, water and soft drinks for the students.

The red berets sat in the middle of the road feasting on the food.

General secretary of the EFF Student Command Muzi Khoza said they are not going to rest until the government allows students to register for free at all institutions of higher learning.

“Universities cannot behave like they are in another planet. There is a pandemic. Our parents don't have money. We want President Cyril Ramaphosa to make a pronouncement compelling all institutions of higher learning to register students who don't have money,” said Khoza.

On Wednesday, Mthokozisi Ntumba was killed when police opened fire on protesting students in Braamfontein.

You are doing very well @EFFStudents; don't retreat. Shout if you need reinforcement, we are combat ready.✊🏿