Probe into killing during Wits student protest under way 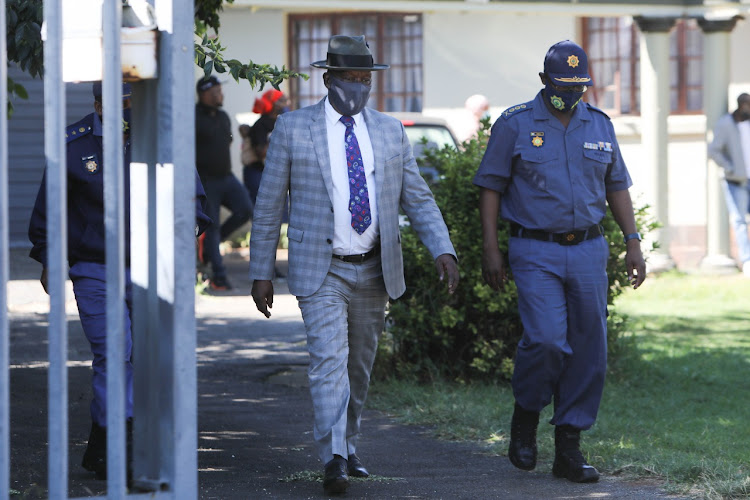 Police minister Bheki Cele is visiting the family of Mthokozisi Ntumba, the 35-year-old man who was gunned down by police during a protest by Wits University students in Braamfontein, Johannesburg.

Cele's spokesperson Lirandzu Themba confirmed that the minister would visit the family on Thursday morning.

The visit to the family house in Kempton Park, on the East Rand, comes just as the Independent Police Investigative Directorate (Ipid) investigation team "works around the clock, processing voluminous evidence gathered earlier today (Wednesday) in the crime scene during the preliminary investigation it conducted".

Ntumba was coming from a clinic where he had just been treated and was shot several times as he asked, "Why are you shooting me", an eyewitness told Sowetan on Wednesday.

Ipid spokesperson Ndileka Cola said: "It is alleged that the young man, who is a civilian, was not part of the protest had just left the doctor’s rooms when he was allegedly shot by the police officers.

Police Minister Bheki Cele is visiting the family of a man who was killed during a protest by Wits University students. Courtesy #DStv403

"During the preliminary investigation the directorate has managed to collect numerous witness statements, to confiscate firearms and the same will be taken for ballistic analysis, post mortem to determine actual cause of death will be conducted later this week. Family liaison has started and the investigation continues."

"Five of them were released on warning, one on R1,000 bail. They were released last night after bail [was] posted at Hillbrow SAPS," Mjonondwane said.

The doctor that treated the man minutes before he was killed during a student protest in Braamfontein has detailed the very last moment of a patient ...
News
10 months ago

Two young student journalists' first experience of reporting live from the scene turned traumatic as they were shot with rubber bullets.
News
10 months ago
Next Article