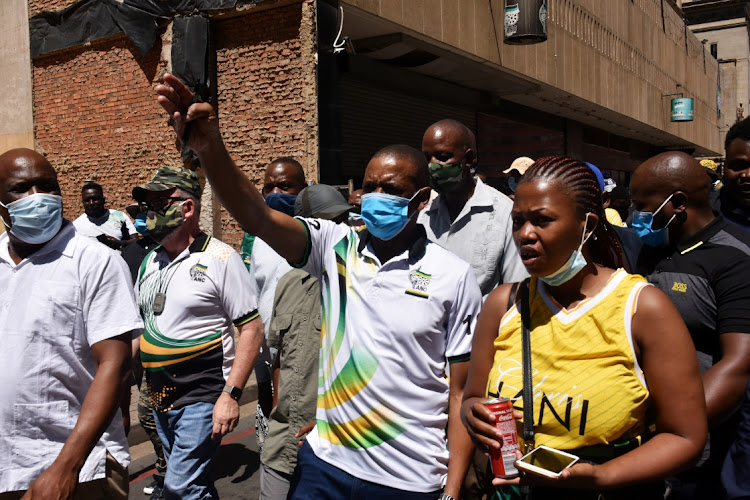 The ANC national working committee (NWC) has said that budget priorities should be “reviewed” so that funding for the provision of necessary support for higher learning institutions is found.

Magashule assured students that their demands were legitimate and consistent with  the policies of the ANC. He said the party was committed to ensuring that education for all, especially the poor, would be made a reality.

“The ANC is painfully aware of challenges that confront students in our institutions of higher learning regarding funding and is determined to act decisively in finding a long-lasting, sustainable solution,” he said.

The party claimed that it had acted “decisively” after violent protests which resulted in the fatal shooting of a bystander, Mthokozisi Ntumba.

The Independent Police Investigative Directorate (Ipid) says four investigating officers have been tasked to investigate the shooting in ...
News
1 year ago

Mabe said the NWC convened an urgent meeting in which a subcommittee on education and health was ordered to consider and advise on possible options in light of recent developments.

The officials were expected to meet higher education and training minister Blade Nzimande on Friday to discuss the issues.

The party said its stance on the matter was clear, “the ANC NWC is of the firm view that budget priorities should be reviewed to redirect the much-needed funding for the provision of necessary support in these institutions of higher learning,” said Mabe.

This as Nzimande criticised former president Jacob Zuma's decision to declare free higher education in 2017. He said the announcement messed up NSFAS and overburdened the scheme with beneficiaries.

The cabinet earlier announced that NSFAS would be given an additional R7bn to deal with the funding shortfall. Mabe said the party welcomed the decision though a much more sustainable solution was needed.

“The ANC further welcomes steps pronounced by government through the department of higher education to conduct a comprehensive review of the student funding policy. This is yet another demonstration of the ANC led government's commitment to implement free higher education to support students from working class and poor backgrounds.

“The ANC once more affirms the resolutions of the 54th national conference regarding education being an apex priority. While we cannot ignore the crippling effects of Covid-19 on the national fiscus, we urge all parties to return to the negotiation table, with a view to ensuring that the financial exclusion of students with historical debt becomes a thing of the past. This responsibility is not of government alone. The private sector must also play a role. The leadership of the ANC will explore all possible means to ensure a peaceful resolution,” said Mabe.

The party moved to convey condolences to those who knew Ntumba and condemned police brutality.

“The ANC condemns the use of excessive force by some within our law-enforcement agencies. Given our history, the police should by now be equipped with the necessary skills to handle peaceful protests without causing unnecessary loss of life.

The party called on authorities to speedily investigate the circumstances surrounding Ntumba's fatal shooting and ensure that those responsible were held to account.

“We urge our police service to appreciate that policing in a constitutional democracy demands inculcation of a human rights culture and principles in their work. The ANC reiterates that one life lost is one life too many,” added Mabe.

Two Wits University student reporters were injured and three people arrested after violent clashes between protesters and the police in Braamfontein ...
News
1 year ago

Vice-chancellor and principal of Wits University Prof Zeblon Vilakazi says the issue of student funding is a national, system-wide issue which the ...
News
1 year ago
Next Article