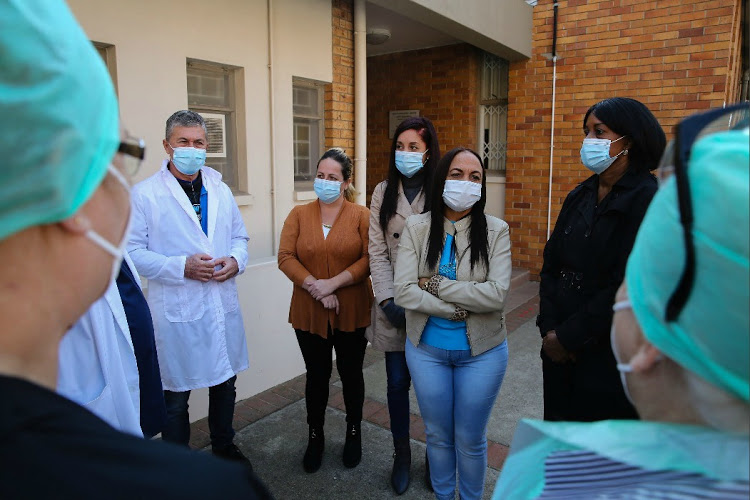 OVERTIME BID: Five of the eight Cuban health practitioners who were deployed to Nelson Mandela Bay to assist in the fight against the spread of the coronavirus are, from left, Idalberto Rivero, Adiarys Gonzalez, Dr Yoanna Galzagorry, Dr Dayamely Acosta and Dr Zoila Nelson
Image: WERNER HILLS

The eight Cuban doctors deployed to the Dr Elizabeth Mamisa Chabula-Nxiweni Field Hospital, who spent the first few months of the pandemic working up to 12 hours a day, including weekends, have requested overtime payments.

However, the contracts signed by the doctors did not include commuted overtime but the department has agreed to look at the request.

Several of the doctors confirmed they had approached the department asking to be paid, but declined to comment further.

One doctor, who did not want to be named, said the issue was being dealt with.