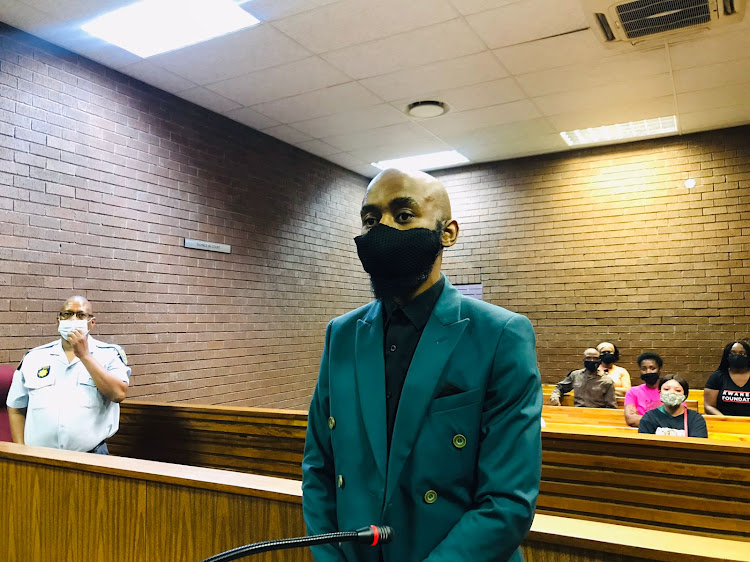 Alleged mastermind Ntuthuko Shoba, accused of ordering the murder of his lover Tshegofatso Pule when she was eight months pregnant, was on Friday denied bail by the Roodepoort magistrate's court.

Magistrate Delize Smith said: “The applicant has not shown that he will stand trial. He relied on an affidavit which states the bare minimum. The interests of justice, especially public interest, is not sufficient why he should be released on bail.”

He remains in custody pending his next court appearance on March 25 for the indictment to be transferred to the high court.

The 32-year-old had asked for bail of R2,000, saying he feared for his life in jail after receiving death threats.

The man accused of being the mastermind behind the killing of Tshegofatso Pule has told the court that his life is under threat even as he is in ...
News
1 year ago

Pule's family eager to get answers from boyfriend

The family of slain Tshegofatso Pule is eagerly waiting to come face to face with her boyfriend and the alleged mastermind behind her killing in ...
News
1 year ago

A group of anti-gender-based violence activists protested outside court on Friday.

Shoba was arrested in connection with the June murder after he was implicated by Muzikayise Malephane, who pleaded guilty to the murder of Pule.

A week ago, Malephane was sentenced to 20 years’ imprisonment for murder and five years for obstructing justice, possession of an unlicensed firearm and possession of ammunition, to be served concurrently. During his sentencing, Malephane alleged he had been offered R70,000 by Shoba to kill Pule.

Shoba is pleading not guilty. He denies contracting anyone to harm Pule.