No staff, no track record... no worries 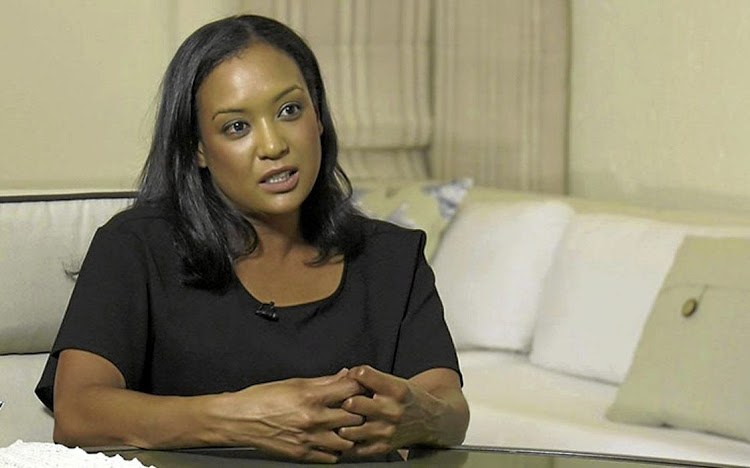 The Zondo commission of inquiry into state capture has heard how former cooperative governance and traditional affairs (Cogta) minister Des van Rooyen and his adviser helped give contractual advantage to an obscure Gupta-linked company despite it not having employees or track record.

This was revealed by former Trillian Management Consulting (TMC) CEO and whistleblower Bianca Goodson, who took the stand at the commission on Thursday.

Goodson detailed how she allegedly tagged along to visit Van Rooyen in Pretoria with Trillian Capital Partners (TCP) CEO Eric Wood and two directors from Dubai-based Oliver Wyman where they made business presentations, with Van Rooyen allegedly giving them pointers on where to look for tender opportunities in the department.

“I didn't even know what this company [TMC] was going to do. We don’t even have employees. I can’t even say what we are good at because we did not even exist,” she said.

TCP is TMC’s holding company, headed by another Gupta associate Salim Essa, and has been implicated in the large-scale looting of millions of rand from Eskom by piggybacking on a McKinsey & Co management consultancy contract where its main work was as a “political fixer”.

Former Trillian Management Consultancy (TMC) CEO and whistleblower Bianca Goodson has recounted how she was barred from seeing any payments from ...
News
10 months ago

Goodson told the commission that she and the TMC COO were the only newly appointed employees at the time. She said the company had looked to collaborate with companies like Oliver Wyman and McKinsey who would do the work.

Goodson said Van Rooyen had, however, praised her for the presentation, before his special adviser Mohamed Bobat – a Gupta associate – forwarded her documentation on how to secure business on the department’s back-to-basics programme.

“The minister suggested that we look at the back-to-basics programme and look at optimising that, and then there was also getting ready for elections and the minister proposed that we put forward proposals on those bases,” she said.

She said Bobat had later sent her an envelope containing a copy of a tender and details of the department’s back-to-basics programme.

According to Goodman, one Clive Angel, who allegedly helped recruit her to the TMC job, had told her that Bobat was put forward at Cogta as Van Rooyen’s adviser to help “open taps for us”.

Goodson said she had not seen any payments made by Eskom during her time as TMC’s CEO for the company’s services, as she was told that the proceeds were paid directly to the holding company.

“I would have assumed one of my KPIs [key performance indicators] would be the financial health of the subsidiary, as is reasonable for a CEO. When I asked Mr Angels when do I get access to the bank accounts and manage how money is coming in and out,  he said that will never happen,” Goodson said.

She said she resigned before the Cogta tender proposal was made.

Gupta-linked Trillian Management Consultancy (TMC) had no apparent long-term plans of business operation beyond the tenure of former president Jacob ...
News
10 months ago

Former Trillian Management Consulting CEO Bianca Goodson was left in tears as she explained how being a state capture whistle-blower had ruined her ...
News
10 months ago

The commission of inquiry into state capture will on Thursday hear testimony from former acting director-general of the department of public ...
News
1 year ago
Next Article