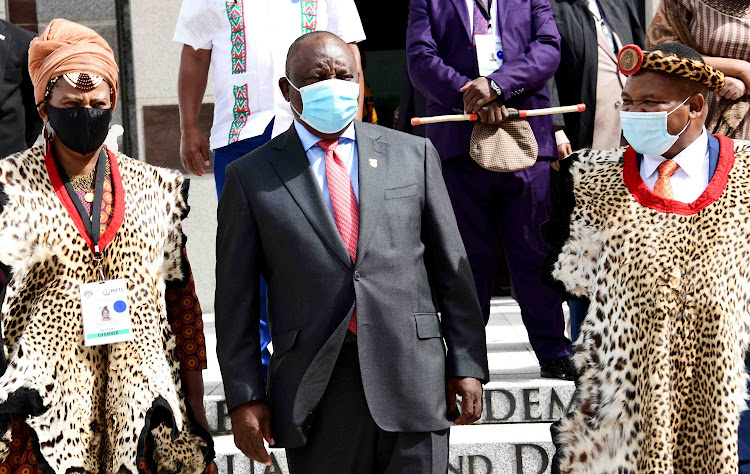 President Cyril Ramaphosa has praised traditional leaders for the manner in which they handled the customary initiation process during the Covid-19 pandemic.

“You were creative, you came forward with ideas, which proved once again that working together is the best way of tackling the problems that beset our country. I was pleased that we were able to find each other ... around a very difficult and trying issue, such as initiation,” said Ramaphosa.

Speaking during the opening of the National House of Traditional Leaders in parliament on Thursday, Ramaphosa said the initiation process was one testing area for the government but traditional leaders ensured that there was adherence to the regulations.

Though it was a difficult decision to make, he said traditional leaders agreed to suspend initiation when the pandemic was at its peak.

“As a result we were able to ensure that fewer people were exposed to the virus ... We know that the death of a single initiate is one death too many,” said Ramaphosa.

The president also paid tribute to traditional leaders who have died since the beginning of the pandemic.

“We mourn their loss and we would like to say on behalf of the people of SA, that may their souls rest in peace. Some of our leaders passed away due to the deadly pandemic that is still very much with us.”

“I’d like to express our gratitude to you, our traditional leaders of our people, for joining government in fighting this pandemic. You openly and demonstratively worked with us to ensure that communities observed the regulations and the protocols including respect to funerals and other gathering regulations,” said Ramaphosa.

“You have assisted with the procurement of the personal protective equipment and the distribution of food parcels together with stakeholders.”

Ramaphosa said it was a joy to hear how in various communities, traditional leaders were deeply immersed and involved in things such as the distribution of food parcels, masks and sanitisers.

After the opening of the house, the traditional leaders will on March 11 debate Ramaphosa’s 2021 state of the nation address.

Cogta says the safety of initiates is paramount.
News
1 year ago

The Electoral Commission of SA wants traditional leaders to help encourage voting and act as mediators between political parties in the 2021 local ...
News
1 year ago

The Eastern Cape house of traditional leaders has worked with Walter Sisulu University to develop a plan to lower Covid-19 risks ahead of the ...
News
1 year ago
Next Article