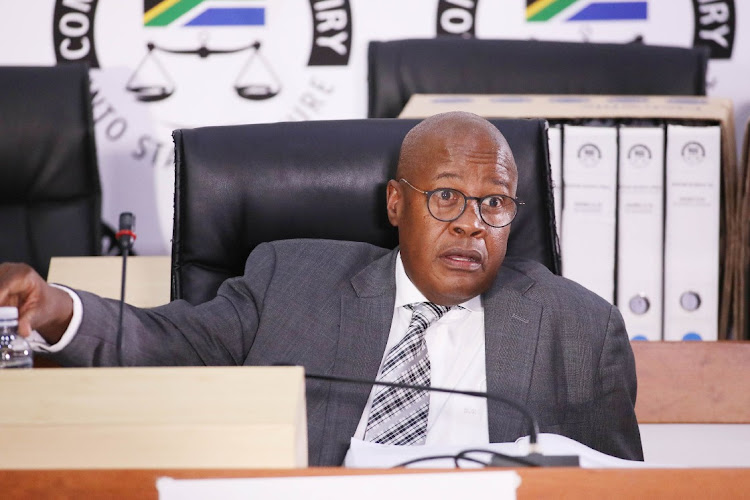 Former Eskom group CEO Brian Molefe once again threw a salvo at the power utility’s war room, accusing it of never having done anything to address the load-shedding crisis despite demanding information and endless meetings on Eskom’s affairs.

Molefe returned to the stand at the state capture commission on Wednesday to continue with Eskom-related testimony in which he earlier said President Cyril Ramaphosa had taken over as the war room’s chairperson when he took over as the country’s deputy president, without a cooling-off period after stepping down as chairperson of Optimum Coal, which was Eskom’s contractor.

Molefe said a significant amount of information had been solicited during the war room meetings that sat on Fridays, which he said executives supplied.

“During the existence of the war room, all they wanted was information. I can’t recall that they did anything meaningful to stop load-shedding from the information that was submitted on those Friday mornings. That’s what frustrated me as an incoming CEO... load-shedding required positive action and not just endless meetings where we just request information all the time,” Molefe said.

Molefe has previously testified that Glencore, which owned Optimum at the time, had tried to use its relationship with Ramaphosa to extort Eskom during the renegotiation of its coal supply contract.

Molefe said on Wednesday his feeling had been that the Ramaphosa-led war room was just requesting information from the utility “and it was not clear for what purpose and what it is that they are going to do with it. I could not see the positive, decisive interventions that were being made to stop load-shedding.”

He said he stopped attending the meetings and focused on load-shedding.

Evidence leader advocate Pule Seleka told the commission that former public enterprises minister Lynne Brown had indicated to the commission that it was former president Jacob Zuma who had complained to her that Eskom executives were not supplying sufficient or accurate information to the war room.

Molefe told the commission on Tuesday that he had no proof of Ramaphosa’s capture of Eskom but asked for assurance that the commission would not sweep evidence against him under the carpet.

Former Eskom chief executive Brian Molefe says he had been sick and off work when Eskom entered into a deal with a Gupta-owned company for coal ...
News
1 year ago
Next Article