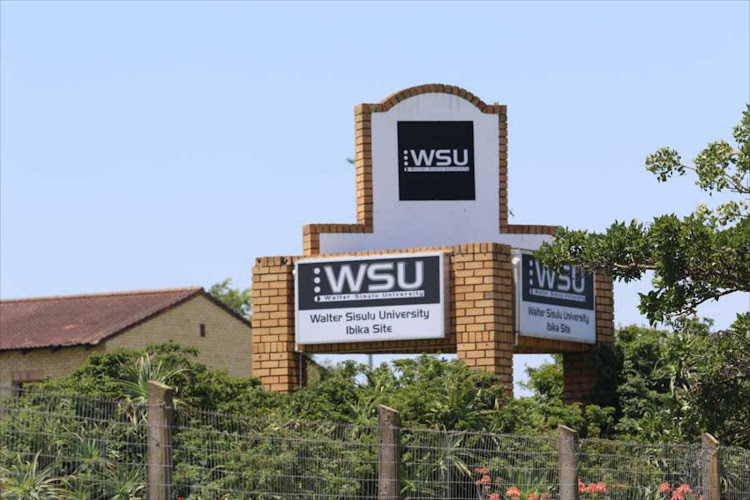 A group of Walter Sisulu University students has accused the institution of charging them an annual fee of R34,000 for campus residence they never used claimed for.
Image: FILE

A group of Walter Sisulu University students from a campus in Butterworth, Eastern Cape, has accused the institution of charging them an annual fee of R34,000 for campus residence they never used.

These are the students who are beneficiaries of National Students Financial Aid Scheme (NSFAS) who said they applied for campus residence last year, but had to go home during the hard lockdown before they could sign for their accommodation.

Sowetan spoke to two of the students who appeared on the list of those affected, who asked to remain anonymous, and they said they were not even aware they had been accepted for campus residence.

A 30-year-old student said she was shocked when her NSFAS statement showed that an amount of R34,870 was paid for her accommodation.

“I received my statement around October last year and immediately I approached the residence officer who said I should just accept that it is part of my NSFAS debt and there was nothing she could do for me. I did not understand as I spent almost the whole year at home and I was not even aware that I had accommodation at school. I don’t know what to do because NSFAS had settled everything, but I don’t know where the accommodation money went to,” she said.

She said she never signed for accommodation and she was worried that she was left with a huge NSFAS debt.

A 29-year-old student said when he applied for a non-residence allowance of R7,500 he was told that he was already allocated a campus residence.

“I asked to see my statement and there was R34,870 for campus residence that I knew nothing about. I took the matter to the student representative council (SRC) and I am still waiting,” he said.

Butterworth SRC president Phelo Mathentamo said he was not sure of the total number of the affected students.

“We received a complaint from students who did not get their non-residence allowances because they had residences that they never claimed for. We brought the matter with student affairs, but we were ignored. We only got helped when we approached the chief financial officer. It was then agreed that those who did not claim for residences, the resident fees will be credited in their accounts,” he said.

“The institution’s CFO, Morgan Nhiwatiwa, has issued an instruction to his team to correct the billing issue. The number of students who were incorrectly billed is small and the problem will be resolved,” she said.

The government has sounded another debt warning as costs to service its debt soar to just under R1-trillion over the next three years, eclipsing all ...
News
1 year ago

The University of KwaZulu-Natal says it has spent more than R73m on Operation Clever, a four-year investigation into allegations of “places for sale” ...
News
1 year ago
Next Article