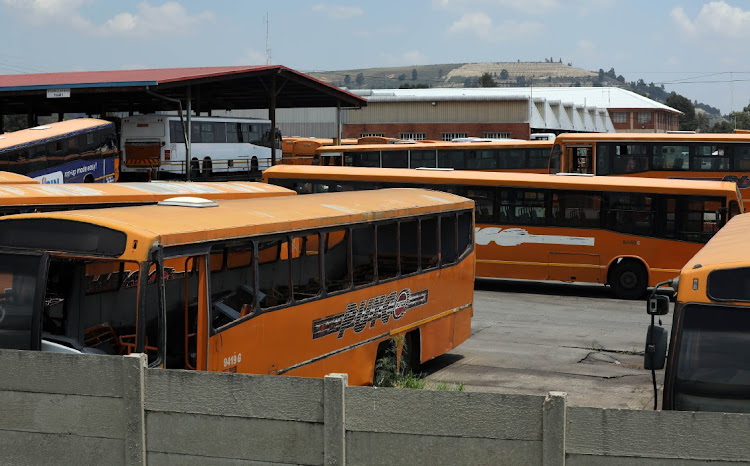 The National Union of Mineworkers SA has welcomed the decision taken by bus company Putco to halt the retrenchment of more than 200 employees.

In a statement released on Tuesday, the mineworkers’ union said  it had a meeting with the management of Putco on Monday  who confirmed it would no longer proceed with plans to retrench  214 employees.

Last month, Putco announced it  was set to lay off 214 employees due to a decline in revenue and the impact of the Covid-19 pandemic lockdown.

“As Numsa we have been vindicated. This is a victory for workers and their families. We made submissions during the section 189A consultation to oppose retrenchments, because we felt the job cuts were unnecessary,” said national spokesperson Phakamile Hlubi-Majola.

Numsa said the bus company can save millions of jobs by dealing with mismanagement and wastage at the entity.

“We raised the issue of fake tickets and the negative impact that this was having on Putco’s revenue. The bus company depends on an outdated ticketing system which has not been updated since 1947. We have noted that management has acknowledged that this is a fundamental weakness, and therefore it will be taking concrete steps to update the ticketing system in order to generate more revenue,” said Hlubi-Majola.

Putco management confirmed that job rotation would be stopped on March 15.

“Job rotation is a burning issue for our members because it meant they worked reduced hours, and this meant they earned less. We are pleased that going forward management has committed to reinstating full hours and full shifts,” said Hlubi-Majola.

The union said it was committed to fighting for its workers, their families and saving their jobs.

“The decision to withdraw retrenchments is evidence that if companies engage meaningfully with labour during a section 189 process, jobs can be saved. Putco is an example of this and we hope all companies will take heed of this example and engage organised labour in a constructive manner,” said Hlubi-Majola.

South African bus companies are under siege with many operating at a loss facing possible closure due to the impact of the covid-19 pandemic.
News
3 months ago

State must arrest decline of transport

The announcement last week of the closure of bus company Greyhound is the latest indication of the crisis our public transport industry is in.
Opinion
3 months ago
Next Article