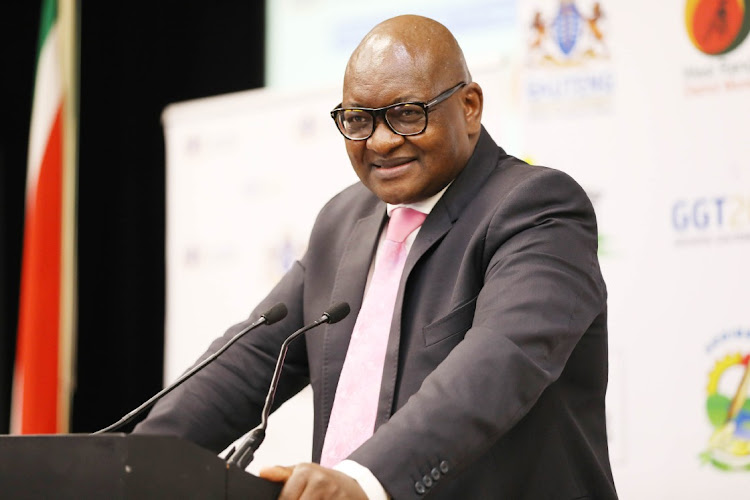 The DA’s move to oust Gauteng premier David Makhura suffered another blow on Tuesday despite its plans to use the ANC’s slim majority and internal revolt to their advantage.

The official opposition, backed by the EFF and other smaller parties, pushed for a motion of no confidence in the provincial legislature against Makhura and unsuccessfully requested a secret ballot.

At the heart of the attempts to remove Makhura are accusations that he insulated himself in the scandals that took place under him over the past seven years, including the Covid-19 PPE tender corruption scandal.

Former health chief financial officer Kabelo Lehloenya had written in her affidavit to the Special Tribunal that she had gotten some of the list of contractors involved in the Civid-19 procurement from Makhura’s office.

DA caucus leader Solly Msimanga insisted that Makhura was implicated in the Covid-19 scandal even though the Tribunal had pointed out that it was his office not him personally who was alleged to have given the list to Lehloenya.

Msimanga said Makhura had failed to personally take accountability for any of the wrongdoings that had been taking place under his watch since taking over seven years ago.

“The public purse will continue to be abused by those who seek to enrich themselves and the premier is incapable of safeguarding the funds that are needed to ensure that our response to the Covid-19 pandemic will be successful,” he said.

With Makhura currently facing an internal revolt within the ANC in the province, opposition parties had hoped for his opponents within the governing party to vote against him.

Ahead of the motion, the DA had taken to social media and posted email addresses of ANC MPLs and called on its supporters to urge them to back the motion.

All of the ANC's 37 MPLs out of the 73-seat legislature rejected the motion after the secret ballot was declined.

Arts and culture MEC Mbali Hlophe accused the DA of “fabricating corruption narratives” in a bid to smear Makhura and the ANC. “The DA is obsessed with the ANC and the narrative of possible division,” Hlophe said.

EFF MPL Itani Mukwevho said Makhura had always spared himself when punishing his MECs for failure to exercise executive oversight, including in the Life Esidimeni saga where a number of psychiatric patients died at the hands of the health department.

“Makhura has shown no remorse for his administration failures and scandals and proven beyond reasonable doubt that he is no longer fit to govern,” Mukwevho said.

Gauteng premier David Makhura has moved to defend himself from accusations by opposition parties that he was presiding over non-delivery of human ...
News
9 months ago

Makhura rules out Gauteng obtaining its own Covid vaccines

Gauteng premier David Makhura has dismissed calls by the DA for his administration to look into directly securing vaccines for citizens in the ...
News
9 months ago
Next Article