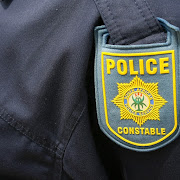 The Hawks are investigating an attack on two police officers in New Brighton on Thursday night that left one hospitalised.

The two sergeants were on patrol and at about 7.10pm they stopped in Nkonjane Street. Police spokesperson Col Sibongile Soci said the officers had then been approached by four unknown men who allegedly ordered them to hand over their firearms.

“When the officers refused, the suspects split up and went to both sides of the vehicle. As the driver opened his door, he was shot in the upper body,” Soci said.

She said both officers were then taken out of the vehicle and robbed of their possessions, including their service firearms, and the suspects drove off in the vehicle.

The vehicle was later found abandoned in Jam-Alley Street, Kwazakhele.

The wounded sergeant was rushed to hospital for treatment and is in a serious but stable condition. His colleague was uninjured.

Cases of attempted murder, hijacking and robbery are under investigation by the Directorate of Priority Crime Investigation (Hawks).

Provincial police commissioner Lieutenant Liziwe Ntshinga condemned the attack and said no stone would be left unturned in the search for the culprits.

“An attack such as this is a direct attack on the authority of the state and we will not rest until those responsible are arrested and brought to court,” Ntshinga said.

The attack came on the eve of the release of the third quarter provincial crime statistics where New Brighton was shown to be one of the areas of concern in Gqeberha for the period of October, November and December of 2020.

The statistics also showed that over the same period two police officers were killed in the line of duty in the Eastern Cape.