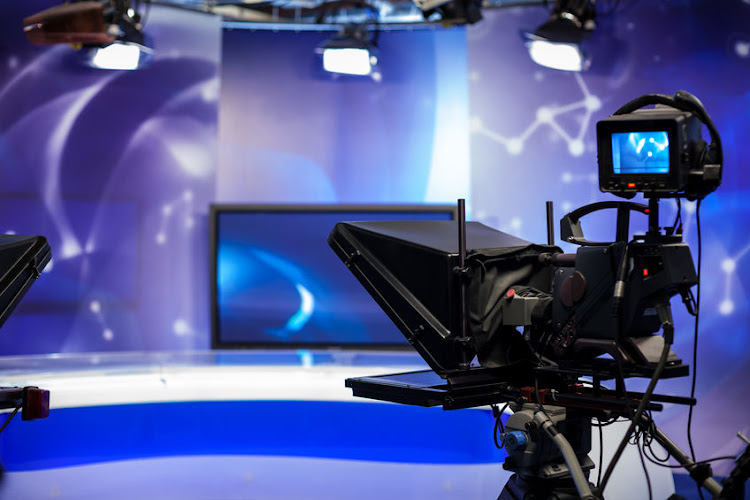 Reporter Lindsay Dentlinger faced backlash on social media after a newsclip of her asking the UDM's Nqabayomzi Kwankwa to wear a mask during an interview while FF Plus leader Pieter Groenewald was interviewed mask-less.

Broadcaster eNCA says its senior journalist’s conduct during interviews at the 2021 budget speech this week was not “racially motivated or with malicious intent”.

Reporter Lindsay Dentlinger faced backlash on social media after a news clip of her asking the UDM's Nqabayomzi Kwankwa to wear a mask during an interview while FF Plus leader Pieter Groenewald was interviewed mask-less. Other clips have also emerged of her asking black politicians to put on their masks, without following suit with white politicians.

The UDM has accused the broadcaster of displaying "a culture of thoughtless racism".

In a statement released on Thursday, the independent broadcaster said it understood how an excerpt of Dentlinger’s coverage could have created a space for general public conjecture.

The news station said Dentlinger is a “seasoned journalist” with more than 21 years of experience.

'What exactly do we gain by remembering him?' EFF's Ndlozi questions Nelson Mandela's legacy

'If you don't see my colour, you can't see that I have suffered'

Dumelang Bagaetsho! With these famous words, Mmusi Maimane greets a group of teachers at the Mbuyisa Makhubo Primary School in Orlando West, Soweto.
News
1 year ago

It said she has worked in print, radio and television, and has interviewed many high-profile politicians from all sectors and parties without anyone calling her conduct into question, therefore, this incident represented an inaccurate and unfair image of her work.

“In an intense live broadcast environment like the budget speech coverage [on Wednesday], our journalists are under pressure to remain compliant while delivering fair, accurate and balanced news. The journalist had to contend with being live on air and taking producer instructions via her earpiece and unfortunately failed to request that the interviewee wear a mask.

“Criticism to this extent levelled at a journalist under these circumstances is unfair and unfortunate. Comments and some video content being shared is maliciously misleading,” eNCA MD John Bailey said.

The broadcaster said when it comes to adherence to Covid-19 protocols, it has broadcasted extensive content to educate viewers while journalists are regularly urged to ensure that they and all interviewees remain compliant.

How media treat Europeans vs how they treat Africans. 🤮@eNCA #BudgetSpeech2021 pic.twitter.com/9VrvvfyTQe

“After carefully analysing the situation, we understand that given the pressure of the live TV environment such unplanned occurrences can occur. Through our deliberations, we have found that there is no mal intent on the part of the journalist.

“We further found that the way the journalist and eNCA has been perceived through this incident is unfair and not a true reflection of the journalist or our channel.

“We also appreciate the sensitivity of the matter and people’s concerns and reaffirm our commitment to encouraging compliance with regulations designed to inhibit transmission of Covid-19 across our population irrespective of race, colour or creed,” MD Norman Munzhelele said.

The UDM said in a statement on Thursday it had waited for a day, in the hope that eNCA and/or Dentlinger "would by now have done the right thing and have apologised, but our hope was clearly misplaced".

"Worse still is that, as the might of social media has shown, there is a pattern of this behaviour by eNCA ...

"The UDM is perturbed by eNCA’s and Ms Dentlinger’s blatant insult not only to the person of our deputy president, but also by this culture of thoughtless racism.

"Like it or not, eNCA has in the past been criticised for showing a racial bias and this recent incident has cemented this perception.

"The UDM has in the past had problems with the way eNCA has treated us. For instance, during the 2019 National and Provincial Election, we were relegated to eNCA’s broadcast wastelands and this recent incident felt reminiscent of those days."

There’s compelling evidence of Lindsay Dentlinger’s racist behaviour at the workplace. If @eNCA takes this racist behaviour lightly, it’ll be undermining majority of black people not only in RSA & their workplace but across the world. #LindsayDentlingerMustFall #eNCAMUSTFALL pic.twitter.com/tkplbKdDZD