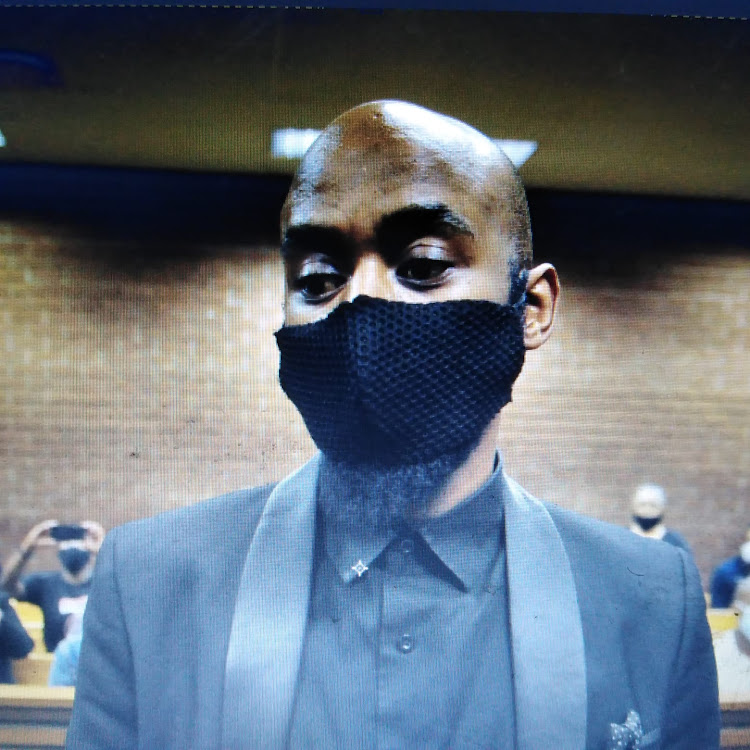 The case involving the alleged master mind behind Tshegofatso Pule's murder has been postponed to the 1st of March. Ntuthuko Shoba made a brief appearance before the Roodepoort Magistrates Court.
Image: Veli Nhlapo

The man believed to have orchestrated the killing of Tshegofatso Pule has finally appeared in the Roodepoort magistrate’s court.

Ntuthuko Ntokozo Shoba, 32, who was Pule’s boyfriend at the time of her death, appeared for the first time in court facing charges of murder, conspiracy to commit murder and defeating the end of justice.

As he emerged in the dock, some of the people in the public gallery could not hold their emotions and hurled insults at him. Dressed in an all-black suit, Shoba looked calm as photographers took turns taking pictures and videos of him.

Shoba was arrested on Thursday, a day before Muzikayise Malephane was sentenced to 20 years' imprisonment for his role in Pule’s murder.

Pule’s body was found stabbed and hanging from a tree in a veld in Roodepoort on June 5.  She was eight months pregnant when she was murdered. She had last been seen on June 4, after leaving her home in Soweto to visit her boyfriend.

Malephane was arrested while returning from Mpumalanga on June 15.

During his trial, Malephane entered into a plea bargain to turn state witness against Shoba. Malephane confessed that Shoba allegedly hired him to murder Pule to hide her pregnancy from his wife. He claimed that he was promised R70,000 for the killing.

Shoba’s case was postponed to March 1 for bail application.

NPA spokesperson Phindi Mjonondwane said the state would not divulge details of their case at the moment. “It is still early days. What we want to concentrate on as the state now is preparing to oppose his bail application. It is only after the bail application that we will prepare to go to trial,” Mjonondwane.

Pule's gruesome murder shocked the nation and activists against gender-based violence said it was indication that the country’s efforts to end violence against women and children were not having the desired effect.