WATCH | ‘I will stand by him until the end of my life’: Magashule supporters travel from across SA for court hearing 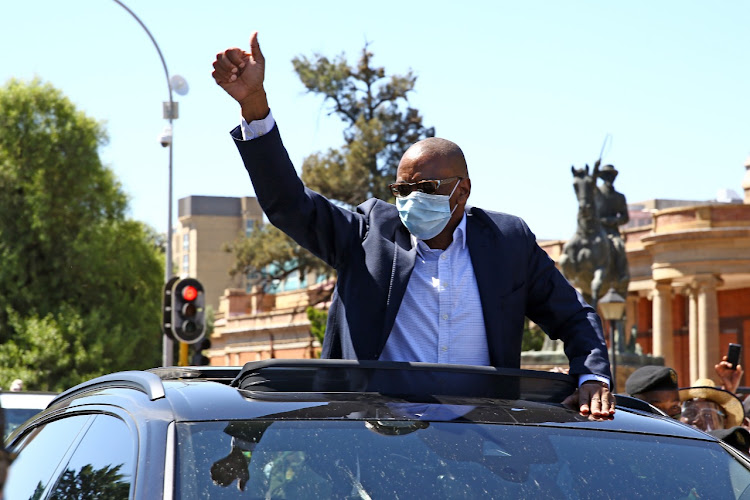 Hundreds of supporters and top ANC officials who believe Magashule is innocent rallied outside the Bloemfontein magistrate’s court while waiting for him to address them on Friday morning.

Magashule greeted the crowd after his court appearance but did not make a formal address, as advised by his lawyers.

Joe Maswanganyi, an ANC member, said Magashule could not be seen to be breaking lockdown regulations.

Supporters travelled from across the country to rally behind the former Free State premier.

TimesLIVE spoke to members of the crowd to ask why showing up for the court appearance was important for them.

Proclaiming his innocence, ANC secretary-general Ace Magashule on Friday said he hoped the court matter against him and 10 others would soon be ...
News
10 months ago

The much-anticipated address by ANC secretary-general Ace Magashule to hundreds of his supporters in Bloemfontein will no longer take place.
News
10 months ago
Next Article