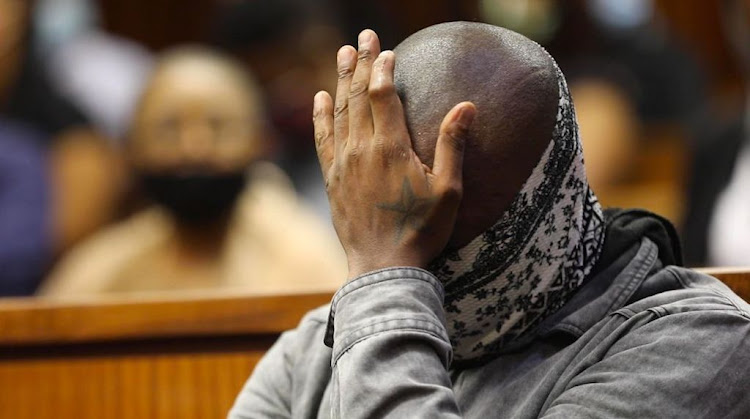 Muzikayise Malephane was jailed after confessing to the murder of Tshegofatso Pule.
Image: Deepa Keesa/TimesLIVE

Muzikayise Malephane, who says the father of Tshegofatso Pule's unborn child had offered him R70,000 to murder her, was on Friday jailed for 20 years.

Pule, a 28-year-old Johannesburg-based beauty products representative, was eight months pregnant when she was killed in June last year.

Police said at the time that she had been found with a stab wound in her chest.

Her bloodstained body was discovered hanging from a tree in the Durban Deep area of Roodepoort, four days after she had last been seen.

Her unborn child was a daughter.

Malephane on Friday entered a guilty plea in the South Gauteng high court.

The court sentenced Malephane to 20 years' imprisonment for murder and five years for obstructing justice, possession of an unlicensed firearm and possession of ammunition. The five-year sentence will be served concurrently.