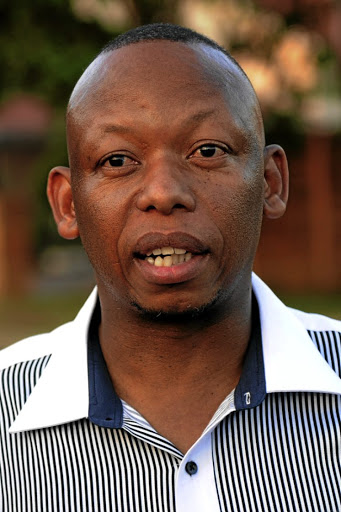 Kwaito legend Eugene Mthwethwa has chained himself to a pole inside South African Music Rights Association (SAMRO) offices in Braamfontein demanding his royalties.

Mthethwa who was supported by Ringo Madlingozi demanded all his composing royalties dating back to 1998.

The member of legendary kwaito outfit Trompies who started his sit-in around 1pm on Thursday  said he was prepared to sleep at the organisation's reception until his issues and other artists' royalties were sorted out.

His bid to get his royalties started six years ago and he said the organisation has been telling him about alleged undocumented music.

“I have decided to stage a sit in at Samro because I am tired of writing emails and going to meetings. For the past two years they have been saying they are investigating and rectifying. It has been more than six years dealing with this issue with Samro telling me about undocumented music. I’m asking them what has led to that music not being undocumented?”

“They tell me that they will apply their prescription policy which says they will only pay royalties from 2014 to 2020. For me it is an admission of guilt and I’m saying why should I be punished for their own administrative problems. Some of the songs they don’t want to pay were on higher rotation and I can’t just forget about that.  I’m going to be here until they sign and undertaking in writing and explain what they are going to do.”

Mthethwa explained that for many years he composed hits for Trompies, Jabu Hlongwane, Vicky Vilakazi and Family Factory and he has never received a cent.

Madlingozi said he was going nowhere because Mthethwa was representing artists.  He said since Samro was not regulated the organisation was law unto itself. “The issue of royalties and Samro is crucial to us.

There is this thing of undocumented songs.

Sometimes they take people’s songs and credit it to someone else. The whole thing needs to be disbanded and restarted. It is not working. It was designed to chow money of black artists.”

Samro has promised to release a statement tomorrow morning regarding Mthethwa's sit in.