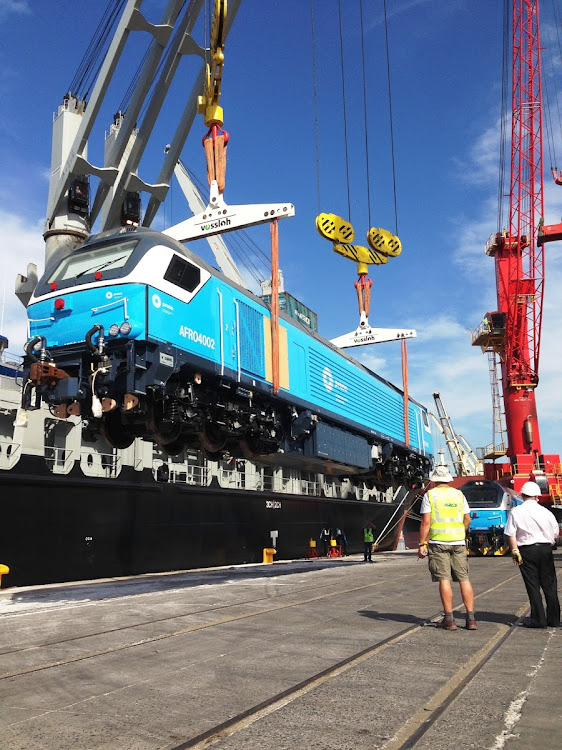 One of the 'too-tall' locomotives bought by Prasa in a controversial deal in 2015. File photo.
Image: Supplied

The Passenger Rail Agency of SA (Prasa) stands to recover just R65m of the R2.3bn it paid upfront for locomotives that were too tall to run on the country's railways.

That's according to the Special Investigating Unit (SIU) which made a presentation to parliament's standing committee on public accounts (Scopa) on Wednesday.

Mike Koya, who is leading the team investigating Prasa, told the committee that due to the liquidation of Swifambo, which was given the tender for the locomotives, Prasa would only recover R65m from the billions it paid upfront.

“There was R2.3bn that was prepaid for the locomotives and the locomotives that they delivered aren't the correct ones ... the investigation was done and it went to court and [the tender] was set aside,” said Koya.

He said the SIU investigation on the matter was about how Prasa could recover the prepayment made to the company.

“Swifambo is being liquidated and negotiations are ongoing between Prasa and the liquidators. Apparently the owner of Swifambo is also in court to try to stop the liquidation process. Altogether there are three court matters involving the trains.

“If you look at the liquidation, if liquidation goes ahead, you can only [reclaim] R65m of the amount that has been paid because all those locomotives that were supposed to be delivered were sold back on auction, bought by the same company that was delivering them to Prasa,” said Koya.

He said Prasa's legal department was dealing with the court cases but there were new proposals regarding the locomotives.

“That process will mean another procurement process that must take place [and more] money that is being spent,” said Koya. He said it was unclear whether Prasa would go ahead with the deal which would mean it would forfeit the claim of R65m.

SIU head Andy Mothiba promised the committee that the unit will appear again in parliament to disclose more details on the locomotives tender, including a breakdown of why Prasa stood to recover only R65m.

The Special Tribunal has frozen the pension fund of the former CFO of the department of agriculture, land reform and rural development, Jacob ...
News
1 year ago

A former CEO of Lepelle Northern Water has been barred from selling any of his four immovable properties pending finalisation of civil recovery ...
News
1 year ago
Next Article