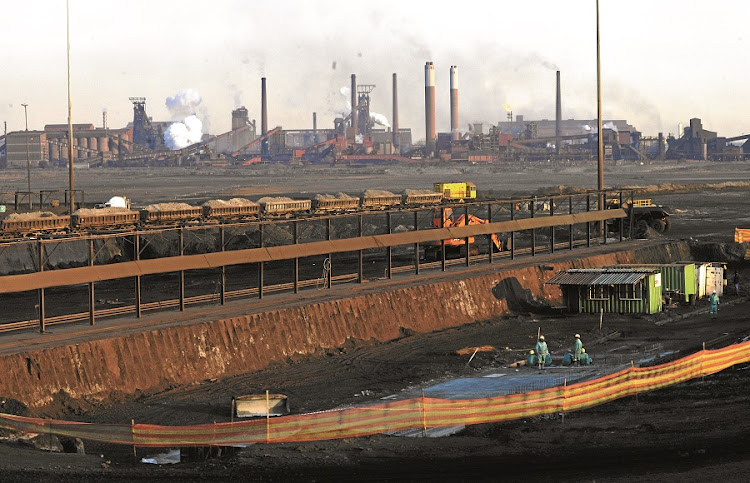 According to the National Union of Mineworkers SA (Numsa), the explosion happened at around 2am on Wednesday.
Image: ROBERT TSHABALALA

Rescue efforts are under way at an ArcelorMittal plant in Vanderbiljpark, Vaal, following an explosion early on Wednesday.

Three workers have been reported missing and probably trapped in post-blast rubble.

According to the National Union of Mineworkers SA (Numsa), the explosion happened at around 2am on Wednesday.

Numsa said it is deeply concerned about the well-being of three workers who are still missing following the explosion at the iron plant.

“We are concerned that they are trapped under the rubble. Emergency services is on the scene and currently trying to find a way to extract them from the building safely, without setting off another explosion,” said Numsa national spokesperson Phakamile Hlubi-Majola in a statement.

She said officials from the union are assisting the families of the trapped employees. The families are also receiving counseling.

“The situation is fluid and we will update the media once we know more about the cause of the accident, and once we have managed to locate our members safely,” Hlubi-Majola  said.

“A portion of a 90m stack at one of the operation’s coke batteries failed in the early hours of the morning on Wednesday, 17 February 2021 and fell onto the coke battery control room in which the three employees were working,” he said.

“Search and rescue teams are on site and all efforts are focused on finding the missing employees. The cause of the incident is not known at this stage but the company has launched a full investigation.

“All relevant authorities have been notified and the company will provide its full support to their investigations,” Verster said.

*This is a developing story

Wentworth and Merebank residents want the Engen refinery to compensate families who 'lost everything' in last week's explosion at the plant south of ...
News
1 year ago

The government is being urged to seek alternative energy solutions after the explosion at the country's second-biggest oil refinery in Durban.
News
1 year ago

Product supplies to be reviewed after Durban refinery shutdown

An urgent assessment of petroleum products supply is due to be conducted after the country's second-largest crude oil refinery was shut down ...
News
1 year ago
Next Article