Three die in crash on R101 in Bela-Bela 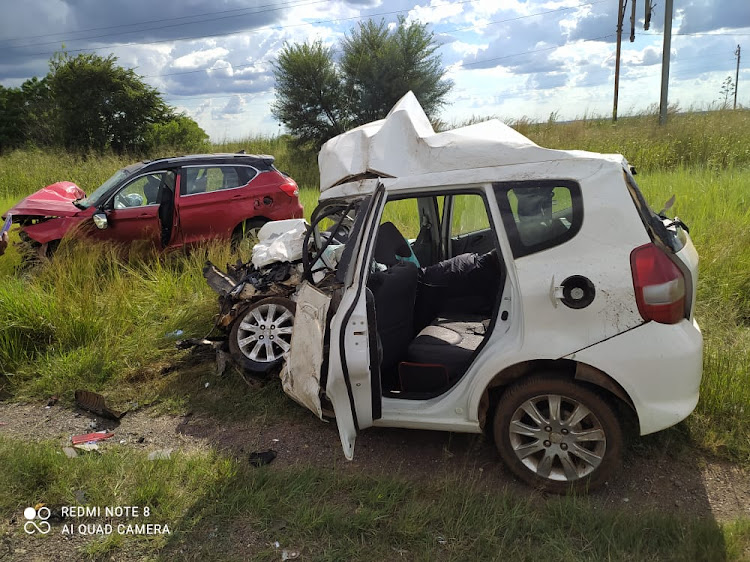 Police said a Honda and a Haval collided between Radium and the Codrington turn-off in Limpopo on Friday afternoon.
Image: Saps

Three people were killed in a horror crash on the R101 in Bela-Bela in Limpopo at the weekend.

Police spokesperson Col Moatshe Ngoepe said a Honda and a Haval collided between Radium and the Codrington turn-off on Friday afternoon.

Only one person survived with serious injuries and is being treated in hospital, he said.

A culpable homicide case is under investigation.