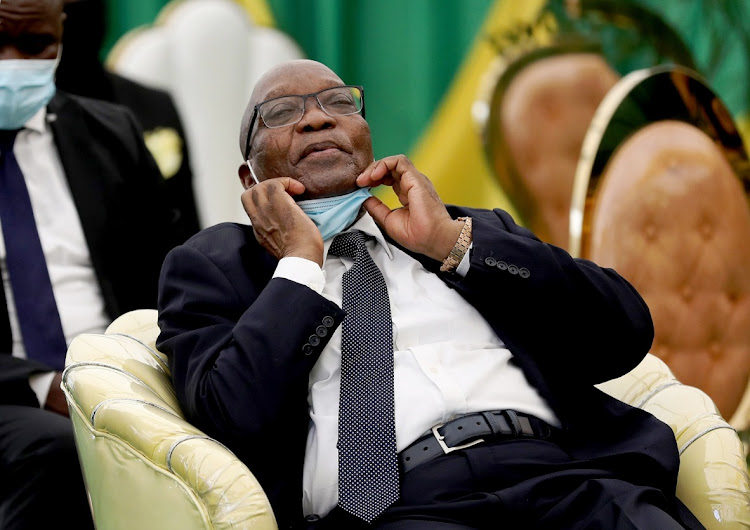 Jacob Zuma at the funeral of Meshack Radebe in Pietermaritzburg on February 13 2021.
Image: Sandile Ndlovu

“He was a person who led and was not afraid to tell you when you were out of line,” said Zuma, who delivered the eulogy at the funeral of his close ally in Maqondo village, near Pietermaritzburg.

“uBhungane [his clan name] was a comrade who became a very close friend of mine. He became my best friend. We talked about everything, including serious and scary things. We even spoke about lighthearted and funny matters," said Zuma.

“We often argued who was more of a ladies' man between the two of us. I told him I was more [of isoka] than him. We called each other izishimane [single men]. His home was like mine, and mine was his.”

The former president and other ANC leaders, including health Minister Zweli Mkhize, paid tribute to Radebe, who died on February 2 after a short illness.

Zuma's appearance coincided with an ANC national executive committee discussion about several issues plaguing the party, including the former president's decision to defy a Constitutional Court order compelling him to appear before the Zondo Commission of Inquiry on Monday.

Radebe was lauded for playing a critical role in many initiatives aimed at bringing peace between the belligerent factions of the ANC and IFP in Mpumalanga, near Hammarsdale, where he lived.

Speaking on behalf of Radebe’s children, Mzomuhle Radebe said: “We were led by a real man. A gentleman.

"There were three spheres of government and he also had three spheres to him. He was a father, a politician and a real man. It’s like someone has opened a gaping hole that can never be filled. He was a hero, a courageous man who feared nothing.”

KwaZulu-Natal ANC deputy chair Mike Mabuyakhulu said: “This hero is gone and we will never find another leader like him in this generation, but he left a lasting legacy which we can learn from.

"Leaders like Bhungane come once in a lifetime. He taught us a lot. Bhungane was a kind of leader was able to bring change in places where there was little hope.” 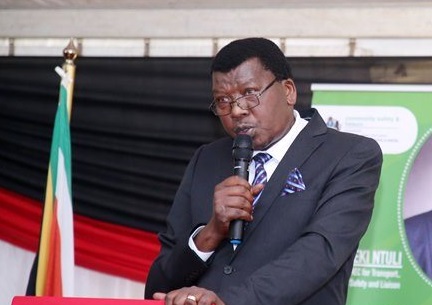 Meshack Radebe was laid to rest on February 13 2021.
Image: Facebook/KZN Department of Transport

Inkosi Nhlakanipho Maphumulo of the Mbambangalo Tribal Authority said Radebe played a big role in the Mbambangalo village in the early 1990s until he was deployed in various capacities in the KZN government.

“In particular, it was his role he played when violence erupted here in Table Mountain that was crucial, especially when my father was assassinated. The IFP was refusing to let my father to get buried and he came to talk to the IFP singlehandedly," said Maphumulo.

“He was able to convince those who were leading the IFP at the time that what they were doing was wrong, and as a result my father was buried in peace. Contrary to media reports that said me and Bhungane did not get along, those reports are not true. Whenever I had a problem this is one of the men I turned to. At no point was there any altercation between me and Radebe.”

Speaking on behalf of IFP leader Prince Mangosuthu Buthelezi, uMzinyathi mayor Petros Ngubane said Radebe was no ordinary man. “He said it like it is, there was no black and white to him.

"Dr Meshack Radebe was a peacemaker. While we mourn, we know that he rests in peace. Our sorrow is not for him but for us who have lost a champion.”