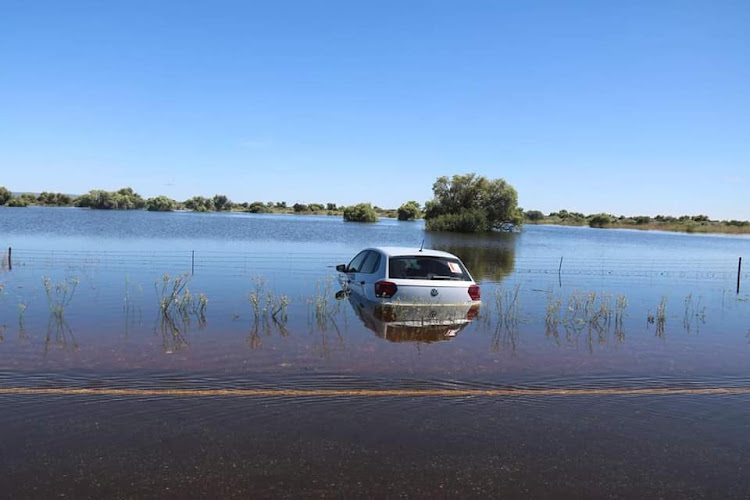 Disruptive rainfall is again expected at the weekend and into early next week, coming after recent downpours that hit the north-eastern and central parts of the country, the SA Weather Service says.

“A weak tropical low pressure that is situated in the Mozambique Channel is expected to move south-westwards over southern Mozambique. This low pressure is likely to result in further disruptive rainfall especially over the eastern parts of Limpopo and Mpumalanga provinces, as well as over the north-eastern parts of KwaZulu-Natal.

“The rain is expected to start on Friday evening and continue over the weekend, persisting into Monday.”

This low pressure is significantly weaker than tropical storm Eloise, however there is still cause for concern. .

“The main concern with this rainfall is that it is expected to affect areas which have recently been negatively impacted. This is especially relevant in areas where the ground is saturated, which could exacerbate the situation even further.”

Additional rain will lead to overland runoff and additional flow into rivers and streams, already swollen by recent rains.

“Impacts are expected to include danger to life due to fast-flowing streams, flooding of roads and settlements as well as damage to mud-based houses. Moreover further rockfalls can be anticipated in hilly terrain, with certain roads likely to become impassable. Damage and localised flooding affecting villages and settlements could also result in some communities becoming displaced or possibly requiring evacuation.

“Winds will start to pick up on Sunday, possibly resulting in damage to settlements and the risk of trees or large branches toppled by strong, gusty winds.

“Structural damage to houses and roads is therefore possible, while closure of certain susceptible and key routes should also be anticipated.”

Electrical infrastructure could also be affected, the weather service said, cautioning people to stay away from any fallen or damaged poles and wires.

The rainfall is expected to start easing off towards the end of next week.

While some provinces are still receiving flood warnings due to disruptive downpours, it has been a good period for dam levels across the country.
News
2 months ago

Fresh warning of 'disruptive' rains in Limpopo and Mpumalanga

The SA Weather Service has issued an “orange” warning of disruptive rainfall in Mpumalanga and Limpopo between Monday and Tuesday.
News
2 months ago
Next Article