Plan for additional power into the grid 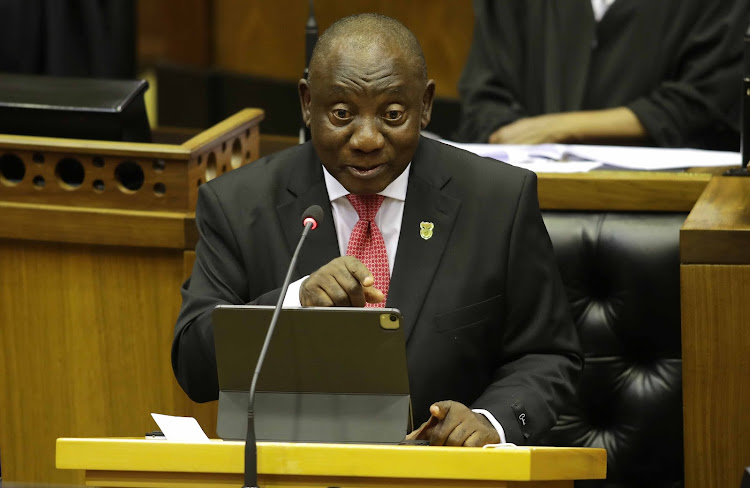 President Cyril Ramaphosa says Eskom's reconstruction has laid a foundation for an efficient, modern and competitive energy company which is central in the country's recovery plans post covid-19.

Ramaphosa said expanding the country's energy generation capacity is one of the key priority interventions of the government's economic recovery following the devastation created by the pandemic.

Last night, Ramaphosa said the restructuring of Eskom into three entities for generation, transmission and distribution is laying the foundations for an efficient and competitive energy system.

Ramaphosa said Eskom is already making progress with its intensive maintenance and operational excellence programmes to improve the reliability of its coal fleet.

He said government will also be initiating the procurement of an additional 11,800 megawatts of power from renewable energy, natural gas, battery storage and coal in line with the recovery plan.

Companies that built the incomplete R840m Eskom residential complex in Mpumalanga have blamed the power utility for the cost escalation that saw the ...
News
2 months ago

"Despite this work, Eskom estimates that, without additional capacity, there will be an electricity supply shortfall of between 4,000 and 6,000 megawatts over the next 5 years, as old coal-fired power stations reach their end of life," Ramaphosa said.

As part of the measures to address this shortfall,  he said in the coming weeks request for proposals for 2,600 megawatts from wind and solar energy would be issued.

Eskom implemented loadshedding this week due to the break down of several of its energy generating units while others had been out due to maintenance.

Ramaphosa said moves were afoot to get additional power into the grid as part of the Integrated Resource Plan of 2019.

The President also announced that there would be a review of the Eskom tariff system to ensure that it reflects the power utility's costs to help improve its financial position.

Heads must roll at Eskom

Absolutely criminal!This is the only way to describe the amount of money spent by Eskom to build flats for its workers at Kusile power station in ...
Opinion
2 months ago

Zondo 'troubled' by Eskom board that mistakenly approved R1.6bn for Gupta company

State capture inquiry chair Raymond Zondo said it was “troubling” that a whole board of 12 members was so incompetent that it would allow such a ...
News
2 months ago
Next Article