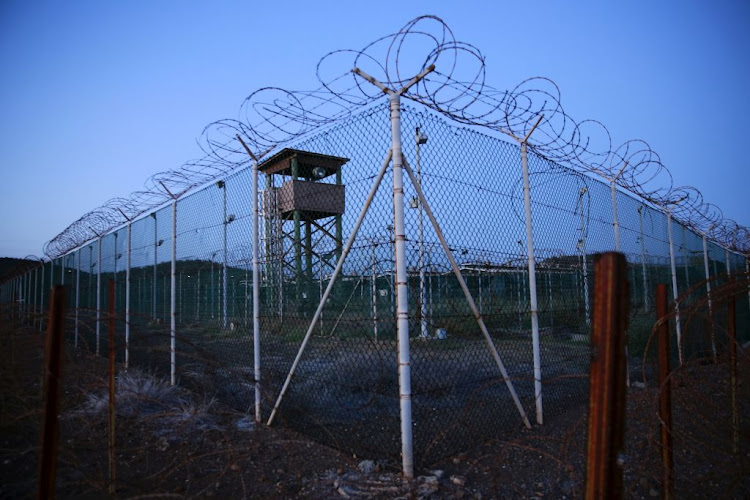 Chain link fence and concertina wire surrounds a deserted guard tower within Guantanamo's Camp Delta at the US naval base in Guantanamo Bay, Cuba, on March 21 2016.
Image: REUTERS/Lucas Jackson

The Biden administration has launched a formal review of the future of the US military prison at Guantánamo Bay in Cuba with the goal of reviving efforts to close the controversial facility, a White House official said on Friday.

Aides involved in internal discussions are considering an executive action to be signed by President Joe Biden in coming weeks or months, two people familiar with the matter told Reuters, signalling a new effort to remove what human rights advocates have called a stain on America’s global image.

“We are undertaking an NSC process to assess the current state of play that the Biden administration has inherited from the previous administration, in line with our broader goal of closing Guantánamo,” National Security Council spokesperson Emily Horne told Reuters.

“The NSC will work closely with the Departments of Defense, State, and Justice to make progress towards closing the GTMO facility, and also in close consultation with Congress,” she added.

Such an initiative, however, is unlikely to bring down the curtain any time soon on the high-security facility located at the Guantánamo Naval Station.

Set up to house foreign suspects following the September 11 2001 attacks on New York and Washington, the facility came to symbolise the excesses of the US “war on terror” because of harsh interrogation methods that critics say amounted to torture.

The immediate impact, however, could be to reinstate, in some form, the Guantánamo closure policy of Biden’s old boss, former President Barack Obama, which was reversed by Donald Trump as soon as he took office in 2017.

Trump kept the offshore prison open during his four years in the White House — though he never loaded it up with “bad dudes,” as he once vowed. Now, 40 prisoners remain, most held for nearly two decades without being charged or tried.

Biden’s campaign said during the 2020 race that he continued to support closing the detention centre but did not say how he would do it.

It is also unclear how specific Biden’s coming executive action might be about his plans for the prison, which holds suspects in the September 11 attacks among its detainee population.

Signalling that the process is still at an early stage, Horne said “a number of key policy roles still need to be filled within the inter-agency, including confirming sub-Cabinet policy roles at the Defense, State, and Justice Departments.”

“There will be a robust inter-agency process to move forward on this but we need to have the right people seated to do this important work,” she said.

Biden, who was Obama’s vice-president, can expect to face many of the same steep political, legal and diplomatic obstacles that frustrated his former boss.

Former President George W. Bush opened the prison and its population grew to a peak of about 800 inmates before it started to shrink. Obama whittled down the number further but his effort to close the prison was stymied largely by Republican opposition in Congress.

The federal government is still barred by law from transferring any inmates to prisons on the US mainland. Even with his own Democratic party now controlling Congress, their majorities are so slim that Biden would face a tough challenge securing legislative changes because some Democrats might also oppose them.

Cuba and the United States on Monday signed an agreement to cooperate in the fight against terrorism, drug trafficking, money laundering and other ...
News
4 years ago

European and UN human rights experts urged US President Barack Obama on Monday to shut down the controversial Guantanamo Bay prison camp in Cuba, ...
News
5 years ago
Next Article