Two cremations cancelled after a furnace malfunctioned on Monday 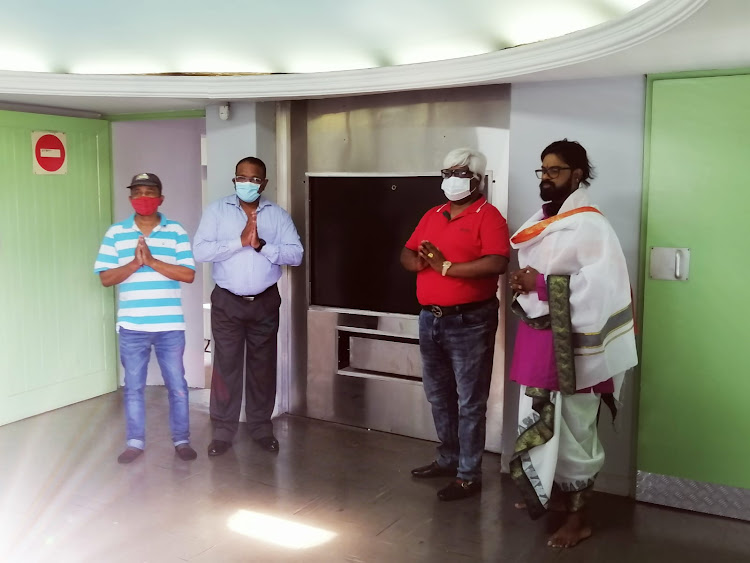 Two cremations at Durban’s embattled Mobeni Heights crematorium, which resumed operations on Monday after years, were cancelled at the last minute when a furnace packed up.

On Monday, eThekwini municipality announced three bodies were scheduled for cremation at its facility in Chatsworth, south of Durban.

The crematorium had not been fully operational for years and this drew widespread outrage from the community.

“The state-of-the-art furnace was imported from a manufacturer in the US last year and underwent several tests to ensure effectiveness and compliance with protocols governing operation of these establishments,” municipal spokesperson Msawakhe Mayisela said on Monday.

He said the new facility was fully digital and could be monitored electronically by its manufacturers abroad.

New regulations state that recently deceased bodies can still expel air from the lungs when being moved - posing a risk of infection even after death.
News
1 year ago

When approached for comment, Mayisela said he was not aware of the situation.

“All I know is that it has commenced its operations.”

Clive Moodley, owner of Pinetown Funeral Services said: “They contacted us yesterday and said they are open. We booked a cremation for noon.

“When we got there the machine packed up. I had to take the body back to the funeral parlour and do the cremation in Tongaat today.

“There was a private cremation with another undertaker that was also postponed yesterday.

“The problem is they should have properly tested the machine before asking us for bookings,” said Moodley.

Reddy said a prayer was conducted by both a Hindu and Christian priest on Tuesday because the community believed the crematorium “is plagued by a bad omen and will never get fixed unless certain rituals are performed”.

“The furnaces were supposed to be opened yesterday after millions were spent on replacing them with state-of-the-art imported machinery that failed to operate. Unfortunately, the furnaces packed up again,” said Reddy.

He said the prayer was performed to appease “angry spirits”.

EXPLAINED | Can I claim compensation if I get Covid-19 at work?

With the economy being reopened and scores of people returning to work during the coronavirus surge, an imperative question is whether one can be ...
News
1 year ago

Funeral parlours in the Eastern Cape are struggling to cope with the influx of corpses as Covid-19 sweeps through the province.
News
1 year ago
Next Article