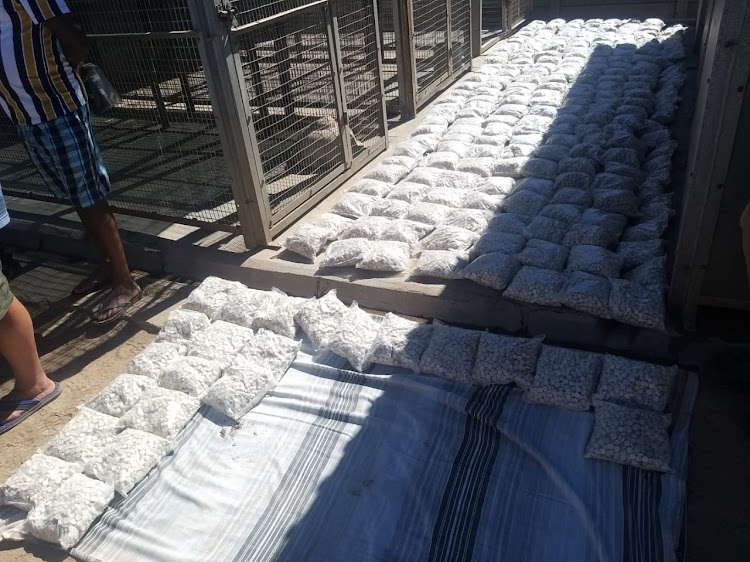 A major drug bust on the N1 highway near Beaufort West in the Western Cape yielded at least 270,000 Mandrax tablets and an arrest, the police said on Tuesday.

In a joint intelligence-driven operation, members of the Western Cape crime intelligence counter narcotics section, the Hawks and the K9 unit uncovered a drug syndicate operating between Gauteng and Cape Town.

It appears that the syndicate was involved in drug manufacturing and the bulk supply of Mandrax tablets to local dealers in the Western Cape.

Police spokesperson Brig Vish Naidoo said the team followed up on information and identified the vehicle transporting the drugs before it was stopped in Beaufort West.

“Crime intelligence worked tirelessly to track down the source of the Mandrax tablets, which led them to establish that a consignment was to be collected in Gauteng before being couriered to the Western Cape today,” said Naidoo.

One person was arrested.

“The Hawks have been tasked with this investigation and further arrests cannot be ruled out,” Naidoo said.

Correctional services nab one of their own for alleged smuggling of drugs, cellphones

An official from St Albans Medium B Correctional Centre was caught attempting to smuggle contraband into the premises on Friday, the department of ...
News
1 year ago

Members of the Hawks and police uncovered R155m worth of schedule six drugs and chemicals at a luxurious golf estate in Umhlali on Tuesday.
News
1 year ago
Next Article